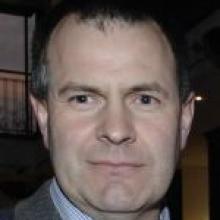 Andrew Rooney
Five Dunedin rugby clubs have rejected accusations that they are buying players for their premier team this winter.

In his weekly column in the club rugby page of the Otago Daily Times Paul Dwyer stated that "at least half the clubs are buying players either directly or under the guise of scholarships".

"I have it on good authority that Taieri, Green Island, Pirates, Zingari-Richmond and University are all indulging in this and there are probably others."

The chairman of the Otago Rugby Football Union's Rugby Council Andrew Rooney admitted that there was a lot of speculation and rumour about what clubs were offering players and he wanted to get the issues clarified.

"We recirculated the amateur charter to clubs before the first full meeting of the year of metropolitan clubs," he said.

Zingari-Richmond club captain Ken Ball said his club was one of the first clubs to sign the original charter.

"We are not paying players and no money has changed hands," Ball said. "We can't afford it."

The Green Island premier coach Brett McCormack said that his club "has no money to pay players. It is an amateur game at club level".

New players at Green Island include new Otago signings Buxton Popoali'i and Hanipale Galo, who have been directed to play for Green Island.

"Two mates followed them down from Wellington and we helped them find suitable accommodation," McCormack said.

"But no money changed hands. We just pointed them in the right direction. It's an amateur game and we have no money to pay the players."

The chairman of the Pirates club Adam Binns rejected the accusations.

"We do not pay cash to players to wear the Pirates club jersey," he said.

The chairman of the Otago University club John Burke said that his club awarded performance scholarships to promising young rugby players from around the country.

"That is what universities are about," he said. "It is an incentive for young men and women to come to Dunedin to play for our our club."

He said that the University club has never hidden the fact that it has operated this practice for some years.

"We have been completely up-front about it," Burke said.

"We do not offer players meat packs, subsidised rent or cars or any other under-the-table dodges."

The president of the Taieri club Owen Clarke said "we haven't paid any players. What Paul Dwyer wrote is without foundation".

"We have built up the club culture since we returned to premier ranks two years ago and our recruitment has come from local contracts."

Clarke said that a private individual from the Taieri had offered educational scholarships to three junior players in the Taieri club.

The clubs signed up to most points in the amateur charter but felt that the issue of scholarships should be re-addressed.

"Most of the clubs felt that it would be a help to be able to offer scholarships, because we are a university town," Rooney said.

"As long as they are linked to an education, they will be in line with what the Otago Rugby Union is offering, as well."

The plan has been circulated to clubs and once an agreement is reached, the scholarship section will be added to the amateur charter that runs until 2012.

"It was good to reinforce to the clubs what the amateur charter is there for," Rooney said. "It is a slippery path once you start paying people. So much can go wrong.

"We have evidence of Dunedin clubs in the past who have suffered for paying players."