Chance for North Otago to use home advantage for first time 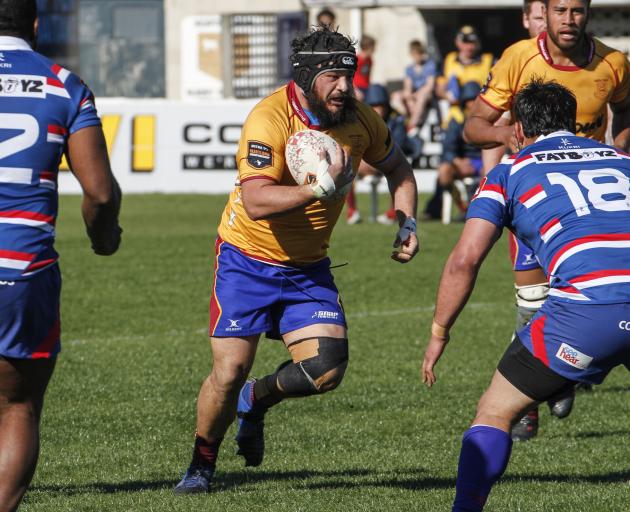 Its most recent first-class game in Oamaru was the Ranfurly Shield challenge against Otago in late July.

Since then, North Otago has put together four unbeaten games - all away - against Otago Country, South Canterbury, Wairarapa-Bush, and Poverty Bay.

The Old Golds, who sit second on the table, will attempt to extend their winning run to five when they meet Thames Valley.

Thames Valley coach Matthew Bartlett, who guided the side to Meads Cup heights for the first time last season, stated during the week that wins, even a season later, can encourage a case of over-confidence and too much is not necessarily a good thing.

"I know a win can be beneficial. Our self-confidence and self-belief is higher than it has ever been in Thames Valley but, on the other hand, the change in attitude has been a positive one and ordinary players now in that position suddenly become good after a win," he said.

Thames Valley had a 36-30 win over Wanganui last week.

"It was our second win over Wanganui, repeating the 2018 victory."

Bartlett uses loan players to balance his side but he believes it takes time.

"I find I spend as much time as selecting three loan players as I do to select the rest of the squad, but loan players do bring in experience.

"This season we've got 17 back from last season but I've lost lock Cameron Dromgool and the captain, Brett Ranga, the latter because of job requirements but we've got a good tactical kicker at first five-eighth in Reece Boughton who will move the big forward pack around the paddock."

North Otago will be without No10 Mike Williams who received a knock against Poverty Bay, but who this weekend is playing for the New Zealand Universities under-23 team. Lachie Kingan comes on in his place.