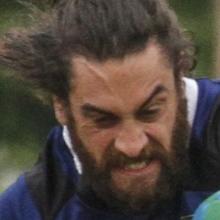 Taina Tamou
The North Otago-Mid Canterbury Heartland game this afternoon will be a double-barrelled contest with more than Heartland Championship points at stake.

North Otago will also defend the Hanan Shield, the trophy it took from South Canterbury earlier in the season.

For North Otago (19 points), in fourth place behind South Canterbury (22), West Coast (22) and Thames Valley (21), a win would raise its hopes of making the Meads Cup four.

North Otago coaches Jason Forrest and Nick Anderson have selected a more conventional forward pack for the Mid Canterbury clash. A week ago, the pair selected a bulkier forward pack in an effort to match the Whanganui forwards but this week they have gone for more pace in the loose. 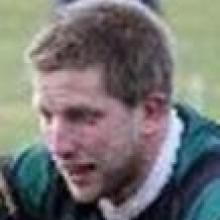 Adam Johnson returns to the left wing, while Samuel Tatupu has been replaced in midfield by the aggressive Taina Tamou.

Mid Canterbury coach Dale Palmer is in his first season as Heartland coach.

"We've got a lot of young fellows and we try to support the local lads as well as we can and try to build some depth.

"The season has seen us perform reasonably apart from in the last couple of games but we went pretty well against West Coast [41-43], South Canterbury [13-13] and we had a win over East Coast [22-15]."

Palmer's team has been hit by injuries but he expects a good performance today.

"We've had a few injuries over the last couple of games and we've had a few changes in the backline but I feel we're not far away from clicking. One or two of the young players are showing form, like prop Tom Heywood who is a strong defender as well, while in the backs we have a talented first five-eighth in Corey McKay, who learnt some of his rugby down in the Taieri."

Palmer expects the Hanan Shield will motivate his side.

"The boys know that playing for it is a great thing and it gives us something really to play for on Saturday. It will definitely lift us."