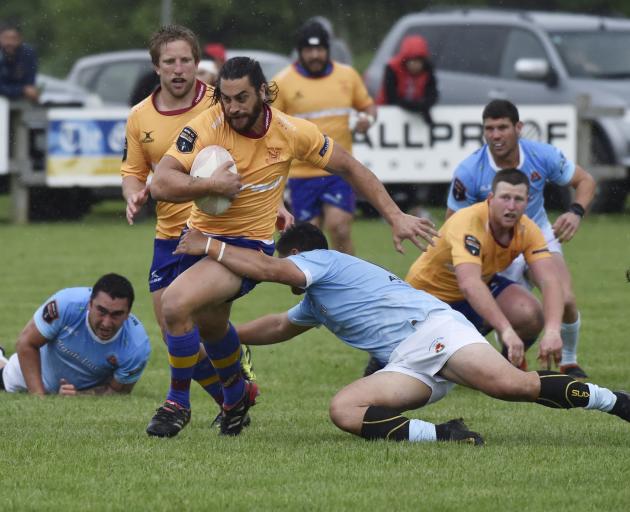 It defeated East Coast 61-29 and as second qualifier in the Meads Cup will host Wairarapa-Bush in the semifinals next Saturday in Oamaru.

Thames Valley, which defeated King Country 37-15 to top the table, will play Whanganui in the other semifinal.

In the Lochore Cup, top qualifier West Coast will play Poverty Bay in Greymouth, and Buller will face South Canterbury in Westport next weekend.

North Otago went to Whakarua Park in Ruatoria with the knowledge that it had to pick up a maximum five points if it was to make the semifinals.

Coach Jason Forrest's North Otago side handed East Coast its 50th successive loss but had to tighten its defence in the second half after leading 35-10 at halftime.

"We went through a bit of a flat period after leading at halftime," Forrest said.

"But we changed a few players and we finished off strongly which gave us a confidence boost.

"The boys showed real confidence - in fact a really good buzz, so that augurs well for the semifinals.

"We set some very serious goals at the start of the year and the boys really wanted to achieve them, so it's onwards and upwards next week, we hope.

"The players rely on each other and we've got something in the squad which we haven't had over the past two or three years and it showed against a big East Coast side."

North Otago controlled the first 40 minutes, running in tries to captain and hooker Sam Sturgess and his loosehead prop, Ralph Darling, both of whom got two apiece.

East Coast's tries in the first half came from touchdowns to midfielder Tawhao Stewart and tighthead prop Hakarangi Tichborne.

In the second half, North Otago added four tries, to No Jake Greenslade, Robbie Smith, replacement prop Kelepi Funaki and Coghlan, who got his second.

Smith converted two and replacement half Anthony Arty converted the other.