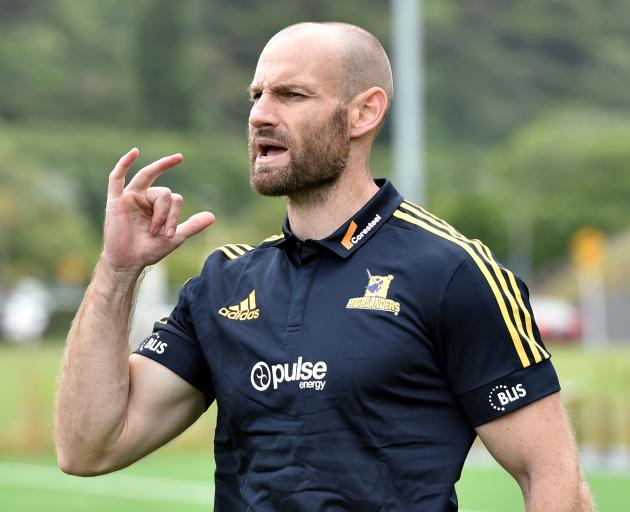 But with the first preseason game just 37 days away, there is no time for sitting and admiring the view.

‘‘It is great to have feet under the table. There has been a change at the Highlanders, new players and a few new staff. So that is exciting,’’ Jones said.

Jones (37) replaces Andrew Beardmore, who has moved on after being with the franchise for nine years.

It is not the first time Jones has worked with the Highlanders, helping out as a strength coach in the title-winning 2015 season.

Preseason training was not for the faint-hearted. It was about getting fit to play a certain type of game. There were no shortcuts these days. His job was to get the game plan from the coaches and get the players to buy into what he was trying to do to get them right to follow that game plan.

Simple really, but hard work all the same.

‘‘We have got some fantastic leaders here and a lot of really good warriors putting in a lot of work. I have been really impressed with the mentality of the guys and where they are prepared to go. They have been working really hard.

‘‘What we look at is we do some basic work where we do a lot of running in and around our training. We do a lot of unloaded conditioning, bikes, rowing ergs and functional circuits. You have to limit their running, otherwise you will injure them a lot.’’

Training was done at high intensity.

‘‘If we limit our rests the ball is in play for longer, the boys are completing more high-intensity action, more runs, more sprints, more tackles, more breakdowns, so the boys are doing more than in a normal game.’’

Jones, who is married with two young girls, said power and strength was huge but that was not everything.

‘‘Strength stuff is huge. In all field sports that is the way it is going. Not just raw strength. You have to transfer that strength to the field. Power to weight is the most crucial from a performance view, as well as having a good conditioning base.

‘‘To focus on size can be a detriment to other assets. You need to have enough size to be resilient to maintain the training load but outside that it is to make yourself as fit and powerful for the game as you can.’’

The job had come a long way since he started with Southland in 2009.

‘‘Where it has changed is you can make people more accountable. Where it is around staff and players. We know how fast they are running to the second, heart rates how fast, exact targets in lifting and speed.

‘‘A lot of the training is similar but we are now better in getting the dosages right.’’

Jones, who was bought up in Southland and is proud of the southern region and a keen Highlanders fan, has just come back from three years with the Japanese national team, which culminated with the performance at the World Cup.

‘‘It was a special time — was great to achieve what we set out to achieve. Nice way to finish with no regrets. I was really fortunate to be given the chance. And a great experience.’’