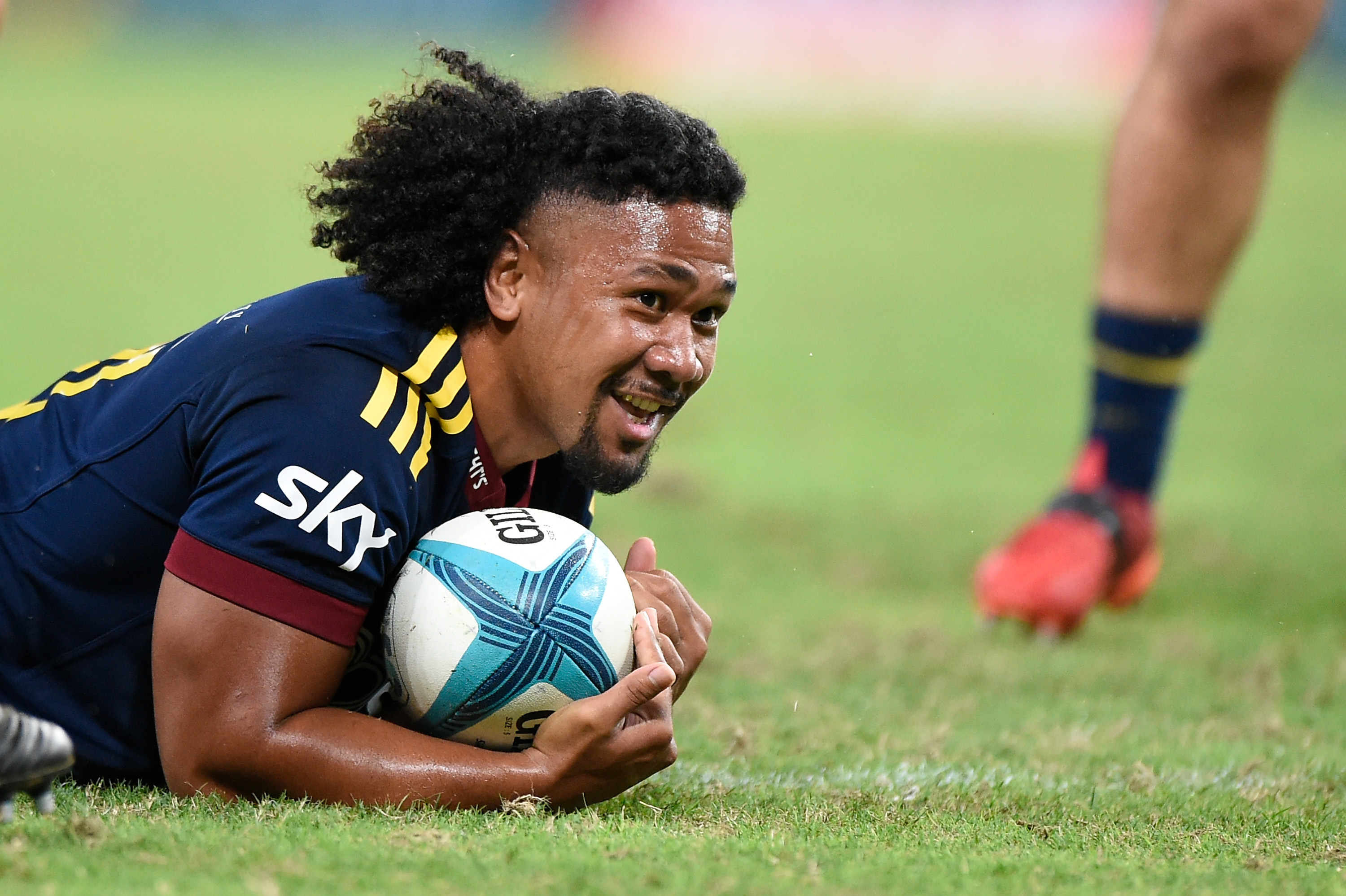 Folau Fakatava scores for the Highlanders against the Reds in Brisbane on Friday night. PHOTO: GETTY IMAGES
Talk about rescuing a season.

The Highlanders are suddenly buoyant after a second straight win that has put them firmly in the playoff hunt with three games to play.

As they settle back into Dunedin after their long road trip, and prepare to host the Force on Friday night, the Highlanders have renewed confidence after their gutsy 27-19 win over the Reds in Brisbane last Friday.

They know destiny is their hands, that a couple more wins against Australian opposition in the coming weeks will give them a playoff spot that seemed unthinkable until very recently.

They also know - well, they knew it already - they have one of the premium attacking weapons in the competition coming off the bench.

Super sub Folau Fakatava set up one try and scored another in a magnificent 20-minute cameo against the Reds.

The abrasive halfback put winger Scott Gregory over the line with a wonderful no-look back flip, and a few minutes later dived over to get his own name on the scoresheet.

"You can see what Folau can do to a game," Highlanders first five Mitch Hunt said after the whistle.

"Especially the sort of game that it was, the impact that he adds — I’d hate to be the opposing team when someone like him is coming on at halfback, just running rings.

"He’s great for us. He’s really grown as a player and we can see exactly what he can do."

It was a huge win for the Highlanders in the circumstances.

They lost two players to the bin in the first half and had to operate with 13 men for about six minutes.

A combination of good defence and smart play limited the damage, but Fakatava’s introduction provided an attacking spark that has been missing for so much of the season.

It looked bleak early, though. Lock Josh Dickson put his side under pressure when he was yellow-carded for a high shot in the 12th minute.

Dickson had just returned from a three-week ban for a similar offence. He actually had a week knocked off after undergoing remedial work on his tackle technique.

It was not very clever rugby from the visiting side and the Reds cashed in.

Fullback Jock Campbell scored in the corner against the under-manned Highlanders.

Shortly after the Highlanders were restored to 15 players, Josh Flook climbed higher than Hunt to collect an up-and-under in the in-goal area and scored.

Powerful centre Thomas Umaga-Jensen shrugged off a couple of feeble efforts to reply for the Highlanders.

That good work looked to have been undone by James Lentjes, who had his pass picked off by Tate McDermott. But the TMO found a little knock-on and the try was ruled out.

Hunt slipped a late penalty inside the left upright to take his side into the break just 12-10 down.

The Reds went close early in the second spell when Jordan Petaia found space out on the left wing and put in a deft grubber.

No8 Harry Wilson scooped it up, but got hit a nice covering tackle and smashed into the ground hard.

Billy Harmon made the try-saving tackle and had a big game.

The Highlanders edged ahead with a hard-earned penalty, but fell behind again when lock Ryan Smith smashed his way over after a lovely build-up where the Reds got some traction close to the ruck. Cue Fakatava for his magical touch. 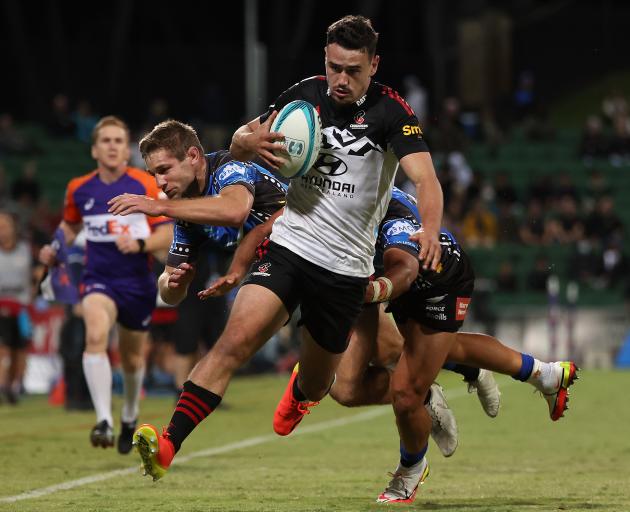 Will Jordan scoots in for one of his three tries for the Crusaders against the Force in Perth on Saturday. PHOTO: GETTY IMAGES
- After their upset of the Crusaders in Sydney a week ago, the Waratahs backed up against Moana Pasifika on Saturday to claim their first win in New Zealand since 2015.

Moana Pasifika made a great start, leading 17-0 in pursuit of their second win, but the Waratahs fought back to claim a 26-20 victory at Mount Smart Stadium.

The Brumbies emphasised their title potential with a a solid 38-28 win over the Chiefs in Hamilton, while Will Jordan and Leicester Fainga’anuku each scored hat-tricks as the Crusaders finished strongly to thump the Force 53-15 in Perth.

Yesterday, the Hurricanes trounced the Fijian Drua 67-5 in Wellington.