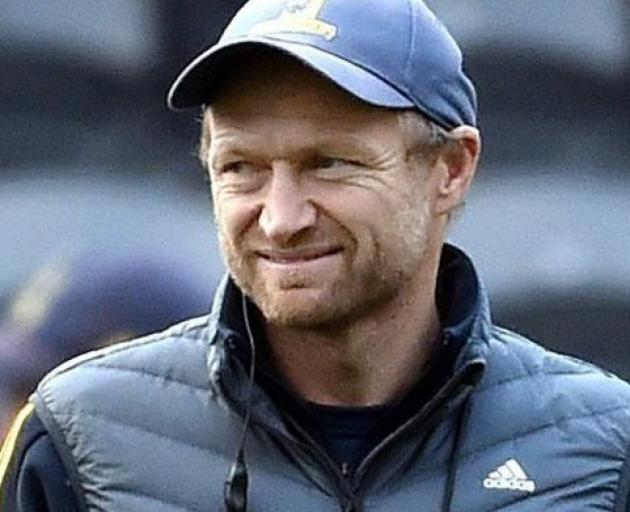 Brown has assumed the role immediately and will take over from Aaron Mauger, who left after three years in the role.

The 45-year-old has signed for the next two seasons and will then move to Japan for the World Cup in 2023.

Clark is excited by the appointment.

"We are extremely fortunate to have somebody of Tony’s calibre amongst our coaching ranks and available for the head coach role," he said.

“In making this decision we were mindful of Tony’s previous experience as the Highlanders head coach and his tremendous success with the Brave Blossoms at last year’s World Cup.

"We are confident he is the best man for the job and, along with assistant coach Clarke Dermody, will move the team forward over the next few seasons.

"Our job now will be to find a defence coach to complement Tony, Clarke and Riki Flutey.”

Brown was the assistant coach with Jamie Joseph during 2014-2016 then took over the top job in 2017 and guided the team to the playoffs.

This was followed by two years with the Japanese national side which historically made the quarter-finals at the 2019 World Cup.

He re-joined the Highlanders as attack coach this season.

Brown welcomed the opportunity to be involved as the head coach again.

"As a coach you are always learning and I would like to think I am a better coach now that I was in 2017, my motivations for taking the role are to do the best I can for a team and community that I love,” Brown said.

“As a team if we play our style of rugby, with the right attitude then we can certainly be successful. Naturally it will take a lot of hard work to achieve that, but I’m sure the players, coaches and management will accept the challenge."