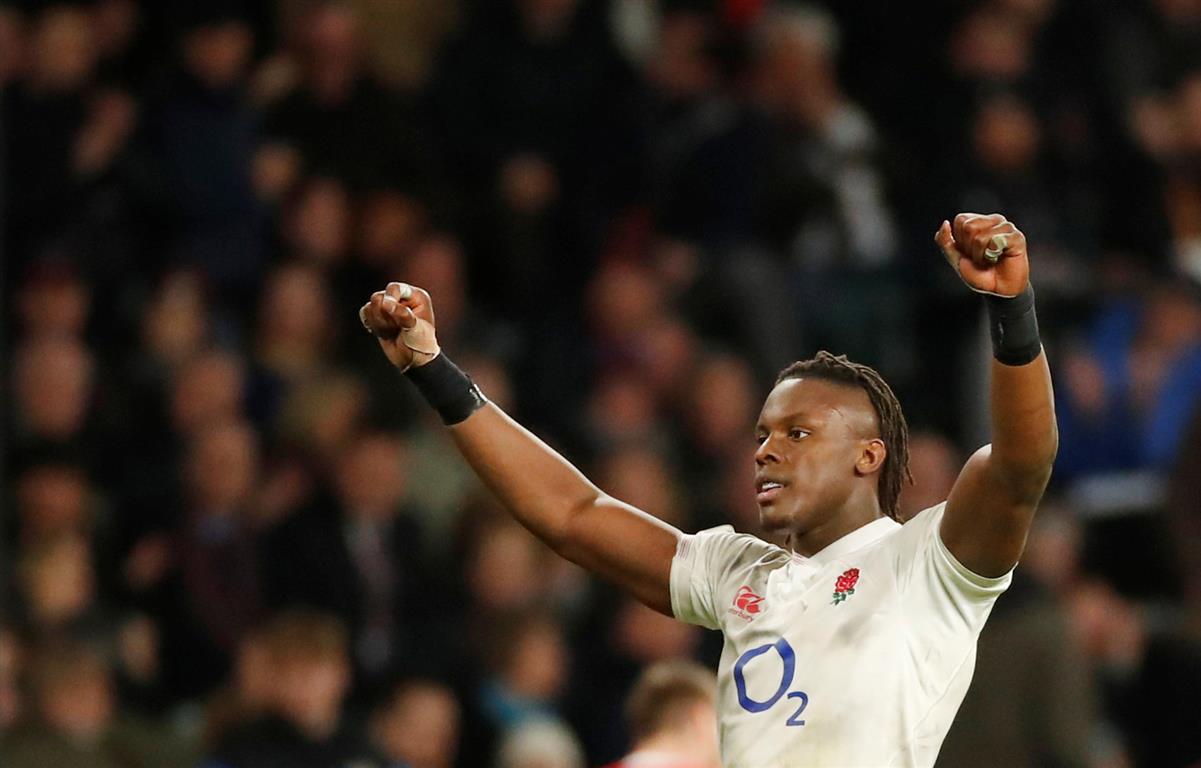 England's Maro Itoje celebrates after the match. Photo: Reuters
Tries by Anthony Watson, Elliot Daly and Manu Tuilagi drove England to a more convincing victory over Wales than the 33-30 scoreline suggested on Saturday, but what the result means for the coronavirus-hit Six Nations championship remains to be seen.

England led 20-9 at the break and looked to be running away with the game at 33-16 up after an hour but, down to 13 men after a yellow card for prop Ellis Genge and a red for centre Tuilagi for a dangerous tackle, they were cut open by the defending champions for two late tries.

England's third successive victory takes them to 13 points, level with unbeaten France, who play in Scotland on Sunday. Ireland are on nine points, also with two games remaining.

For Wales, it was a third successive defeat, a year after winning the Grand Slam.

England will now have to wait for a rearranged date for their final game in Italy, hoping that France slip up in one of their last two games to open the door to the title. Ireland are also in limbo over their home game against Italy, originally scheduled for earlier on Saturday.

"Whenever we felt we got control Wales are so good at staying in the fight," said England's man of the match Ben Youngs. "They battled hard and our discipline gave they easy leg-ups. They are clinical enough to punish you. It was tight in the end.

"We always try to come out with intensity and did that. We were able keep hold of game and control of it early on, a bit like they did in the second half. Rugby is bizarre at times," the scrumhalf added.

England struck early, just as they did against Ireland, with a brilliant try. Maro Itoje won a towering lineout, Youngs then fired a superb reverse pass to Watson. The winger, making his first international appearance since the World Cup, still had work to do but his remarkable ability to find space where there is none saw him jink past Tomos Williams.

Wales stayed in the game with two Leigh Halfpenny penalties but they were short of ideas when they had the ball, routinely kicking away possession.

It felt as if England were comfortably on top and they eventually got the points to reflect it when razor-sharp passing by Owen Farrell and George Ford sent Daly over in the left corner.

Farrell converted both tries and added two penalties to make it 20-9 at halftime.

A year ago they led 10-3 at the break in Cardiff but Wales stormed back to win 21-13 and within a minute of the restart on Saturday they were back within four points after England’s defence fell apart from their own kickoff, allowing Wales to pour through at pace and send flanker Justin Tipuric under the posts.

Twickenham was stunned, with half the crowd still returning to their seats via the hastily-installed hand sanitisers around the ground, but England quickly regained control of the ball, territory and scoreboard, with two more penalties for a 10-point lead.

That was stretched to a decisive 17 when patient and sustained attacking allowed Tuilagi to walk in the third try.

'Too little too late'

England said this week that they were annoyed not to have found a way to get a bonus point when they had Ireland under the pump two weeks ago and the same thing happened on Saturday as they spent most of the last 20 minutes defending their line.

Genge’s yellow, followed by the red for Tuilagi, eventually opened the door for Wales to make the scoreboard close but they go into their final game against Scotland in Cardiff next week on the back of a hugely disappointing title defence.

"Unfortunately they capitalised on a couple of bits of indiscipline and kept the scoreboard moving," said Wales captain Alun Wyn Jones. "It shows what we can do with those two tries. It was too little too late in the end. "However you want to play, ultimately if you don't win it doesn't matter. That is where we find ourselves today."