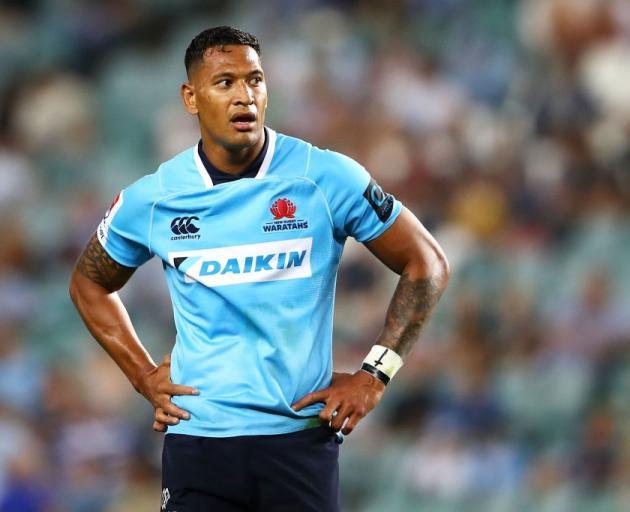 Israel Folau is considering legal action after his $4.2 million contract was torn up on Friday. Photo: Getty Images
Rugby Australia boss Raelene Castle knew she had to sack Israel Folau after receiving "hundreds" of messages detailing how harmful his controversial social media posts were.

Castle said she had to stand up and send a strong message after speaking to parents whose children idolised the Wallabies star, but were also struggling with their sexuality.

Folau's four-year, $A4 million ($NZ4.2 million) contract was torn up on Friday in the wake of him posting a biblical quote on social media which said homosexuals would go to hell unless they repented.

It was the second time the 30-year-old had sparked controversy through his social media accounts; he was also reprimanded for a similar post in 2018. 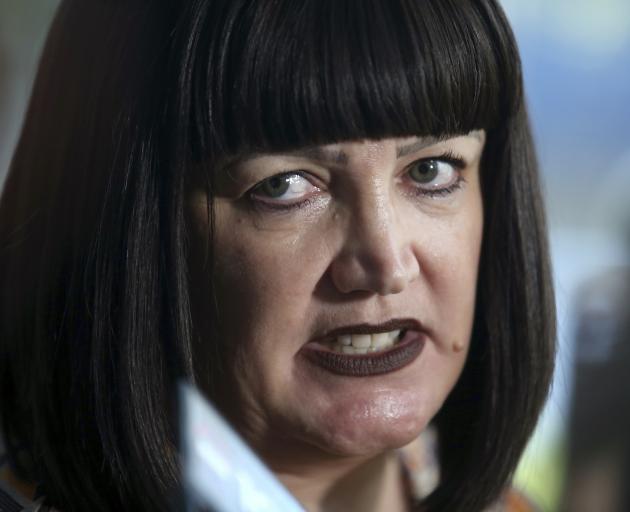 Raelene Castle said she had to stand up and send a strong message after speaking to parents whose children idolised the Wallabies star. Photo: AP
"Having been through the first one where we sat down and were very mature on both sides and recognising that everyone deserves to make a mistake ... having had all those conversations he (Folau) said he understood where the line was," Castle said.

"He still went ahead and posted, and there was no guarantee he wouldn't post again.

"The posts are harmful, they are very harmful. I've had hundreds of people contact me about the specifics of the harm, it made them relive how they found it really difficult to come out.

"Parents of young children have contacted us saying 'I've got a 15-year-old who really looks up to Israel and is struggling with his sexuality'.

"Those things are really difficult to hear and make it very real," she said.

Castle said there was no attempt from either party to make peace through an apology or sanction that would have kept Folau in the game.

"We needed to stand up and say we've got values, we're prepared to stand by them and we've got a player that's not living by those values," she said.

"It (the post) was causing harm and was against our values. We believe it was a direct breach of contract and we had no choice but to seek termination."

Folau has released a statement saying he was "deeply saddened" by the decision to sack him and that he was considering his options. He has until Monday afternoon to appeal.

If he decides to do that it will necessitate a second code of conduct hearing, which would add to the significant financial costs already incurred by both sides.