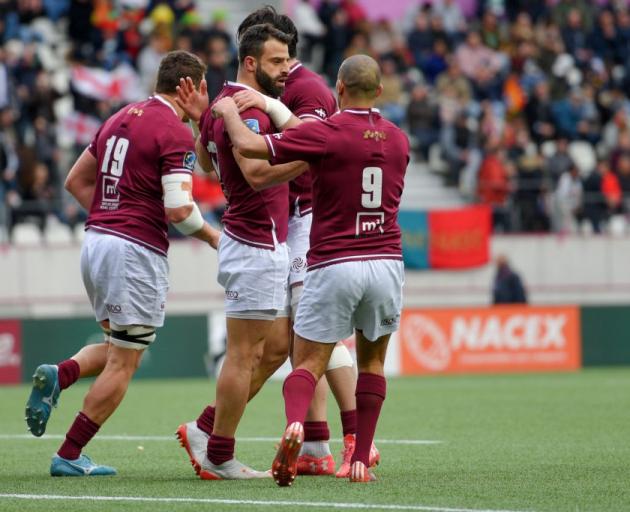 The format and fixtures were confirmed by organisers on Thursday.

After the original November internationals were cancelled because of travel restrictions impacting the southern hemisphere nations, an "alternative Six Nations", with Fiji and Japan added, was devised.

Japan too then had to withdraw because of COVID-19 travel complications, with Georgia stepping in.

The new competition will comprise two pools of four. Group A will include England, Ireland, Wales and Georgia, with Group B comprising France, Scotland, Italy and Fiji.

The action gets underway over the weekend of November 13-15, kicking off with Ireland v Wales in Dublin on the Friday. This will be followed on Saturday by England v Georgia and Italy v Scotland, while on Sunday France will host Fiji.

The competition will conclude on the weekend of the December 5-6 with a final round of matches where each team will face off against the team ranked in the same position in the opposite pool.

Wales' home games are expected to be held at London venues as the Principality Stadium is still unavailable after being used as a COVID-19 hospital.

Before that, the rearranged games in the Six Nations will be played, with Wales v Scotland, Italy v England and France v Ireland, on October 31 and Ireland v Italy on October 24.

"While the challenges presented by the COVID-19 pandemic made the traditional Autumn Test window unfeasible, we remained determined to deliver a unique and compelling tournament proposition which would ensure world class rugby for our fans globally, and competitive matches for players, unions and federations," Ben Morel, CEO of Six Nations Rugby, said in a statement.

There will be a Twickenham double header on November 21 when the men play Ireland and the women play the second of their two autumn internationals, against France.

It is still unclear how many fans, if any, will be able to attend the matches across the competition. England had been hoping to have at least 20,000 at Twickenham, but the new restrictions announced by the Government on Wednesday could make that unfeasible.

"We remain cautiously optimistic about the return of fans to the stadium," the Rugby Football Union's CEO Bill Sweeney said.

International matches are the main source of income for all the unions and they will be desperate to start selling tickets after seeing their finances massively impacted by COVID-19 over the last six months.