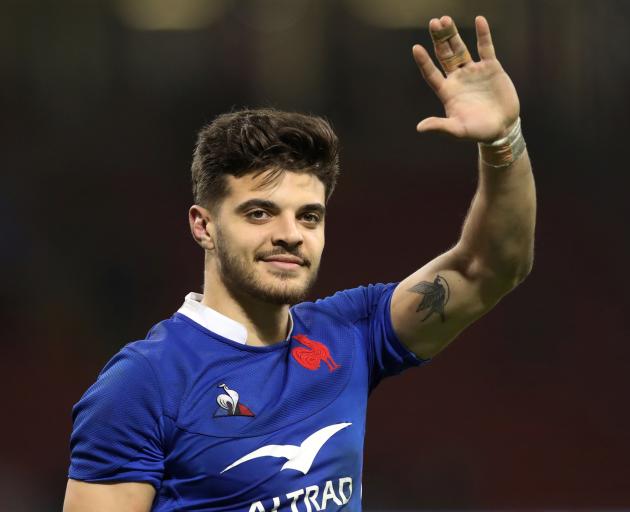 Fullback Anthony Bouthier, lock Paul Willemse and Ntamack scored tries as France made a bright start but then had to defend for much of the second half before earning a third successive victory in competition and a first win against Wales in Cardiff in a decade.

Prop Dillon Lewis and flyhalf Dan Biggar scored tries for the home side but they lacked a clinical touch and came second best in the physical contest.

France now face Scotland in Edinburgh on March 8, while Wales are at Twickenham a day earlier to meet England, with their chances of retaining their Six Nations title all but over.

"We are very pleased for the boys, they were brave under pressure and we knew with the young team it would be a difficult experience in this fantastic atmosphere," France team manager Raphael Ibanez told the BBC.

"We are going to keep working hard and training hard. Even harder maybe because we need to improve our game more.

"There was a lot of pre-game talk but you don't need to talk to scrum well and the boys did that."

France dominated the opening 30 minutes but went into the break with a 17-9 lead after allowing Wales to creep back into the contest.

The visitors scored their first try on seven minutes following a rare error from Wales fullback Leigh Halfpenny, who spilled a catch from a high ball into the path of his opposite number Bouthier, who raced clear to bag his first international try.

South African-born lock Willemse then drove over from a line-out, barging his way past three Wales defenders to score on the half-hour mark.

The tide appeared to have turned in the home side’s favour at the start of the second period though and they reduced the deficit to a single point when prop Lewis clattered over from close range.

But as Wales attacked the French line again, Ntamack read the intercept from centre Nick Tompkins’s pass and raced 70 metres to score.

When he landed a penalty, the lead was extended to 11 points but Wales were then denied a penalty try for a deliberate knockdown from Willemse after a review from the TMO.

It was a controversial turning point in the game and, despite a try from Biggar five minutes from the end, Grand Slam holders Wales saw their championship charge this year fizzle out.

"There were a couple of telling opportunities we didn't convert," Wales captain Alun Wyn Jones said.

"You make your own luck sometimes and we fell short on the scoreboard. It was telling, the 80 minutes, we gave them two chances and they scored; two errors on our part.

"There was a case for a couple (of penalty tries), one at the scrum, one for the tackle. You try and aid the referee but unfortunately we couldn't do that today."