Rennie in line to be Wallabies coach? 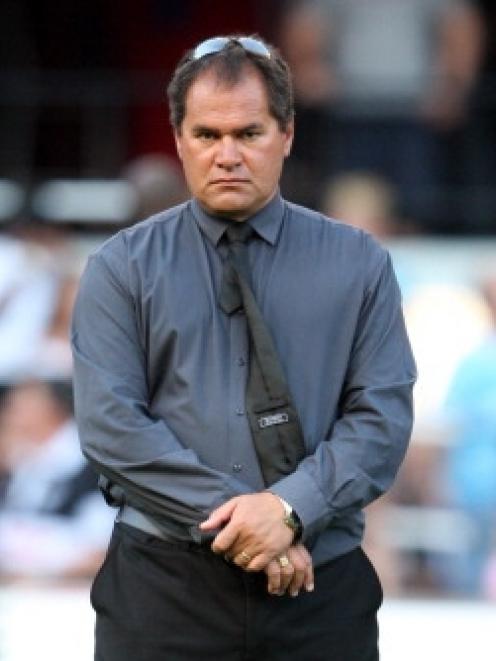 Dave Rennie.
With the meek quarter-final exit from the Rugby World Cup marking the definitive derailment of Michael Cheika's roller-coaster tenure as Australia coach, the Wallabies are moving quickly to secure a replacement.

Rugby Australia (RA) has drawn up a list of targets and hopes to name Cheika's successor by Christmas, CEO Raelene Castle told reporters in Japan.

The proactive stance comes as the governing body is mindful of the competition to secure the world's top rugby brains over the next four-year cycle before the 2023 World Cup in France.

New Zealand have yet to name a successor for Steve Hansen, who will step down after Japan, while England may also be looking for a replacement for Eddie Jones, who has said he may not see out the two years left on his contract.

Australian media have installed as favourite Glasgow Warriors coach Dave Rennie, a New Zealander who took the Chiefs to back-to-back titles in Super Rugby and was once seen as a candidate to take on the coveted All Blacks job.

Yet Jones, who coached the Wallabies to the 2003 World Cup final before being fired after a dreadful 2005 season, also has his backers among local pundits.

"I understand (Jones) is contracted through to 2021 with England," said Castle, when asked if the Australian was a potential target.

"As I said, we've done the work on different names, different understandings. We've got a list of people and we know who we will be talking to."

RA has promised a thorough review of what pundits branded Australia's worst-ever World Cup campaign culminating in a comprehensive defeat by England, and the governing body has plenty to ponder as it sifts through the rubble of Japan.

Although taking the Wallabies to a surprise final at the 2015 World Cup in England, Cheika's stormy premiership produced only a 50% win rate.

"I don't think anyone would think that we have been satisfied with the results (since the last World Cup)," Castle said. "I think it has been a very challenging time."

RA Director of Rugby Scott Johnson will lead the review, though he was on the Wallabies' selectors panel which drew criticism from fans throughout the World Cup.

Johnson has said Australia's next coach will be decided on merit rather than nationality.

Having seen the running rugby of Cheika's Wallabies dismantled in Japan by more tactically astute Wales and England coaches, some Australian fans will hope Johnson means to secure a foreign appointment unburdened by any sense of obligation to the country's tradition of pursuing success with ball-in-hand.

"That's the way Aussies want us to play," said Cheika.

Most, however, would not miss running rugby nor condemn the coach that ditches it, if it meant a deeper run at the next World Cup.