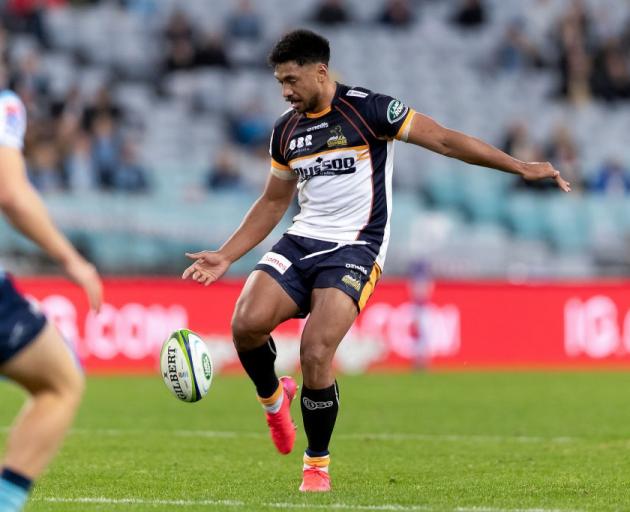 The 20-year-old Lolesio replaces the injured James O'Connor as starting first five-eighth and will face a baptism of fire at the Olympic stadium where the All Blacks will be bent on sealing the Bledisloe Cup with a match to spare.

Lolesio's Super Rugby team mate Simone slots into inside centre in the team named on Thursday, with regular Matt Toomua ruled out with a groin injury after breaking down during the 27-7 loss to the All Blacks in Auckland two weeks ago.

Loose forward Fraser McReight and his Queensland scrumhalf team mate Tate McDermott are in line to play their first Wallabies tests after being named on the bench.

"It’s really exciting to be able to name four more debutants in the squad this week," Rennie said in a team release.

"Noah and Irae have played a lot of footy together and we have no doubt they're ready to take the step up to test rugby.

"Tate and Fraser have had big Super Rugby seasons and have impressed in training over the past month."

The Tri-Nations' opener doubles as the third match in the four-test Bledisloe Cup, the annual series contested between the trans-Tasman nations.

The All Blacks, who have retained the Cup since 2003, hold a 1-0 lead in the series after the victory at Eden Park and a 16-16 draw in the first clash in Wellington.

The experienced Dane Haylett-Petty has been recalled at fullback in place of Tom Banks, who drops out of the matchday squad.

Simone will partner with livewire Jordan Petaia in a raw midfield, with Petaia promoted to starting centre in place of Hunter Paisami, who drops to the bench.

Allan Alaalatoa is the only change to the pack, named for his first start in 2020 at the expense of Taniela Tupou, who has also dropped to the reserves.