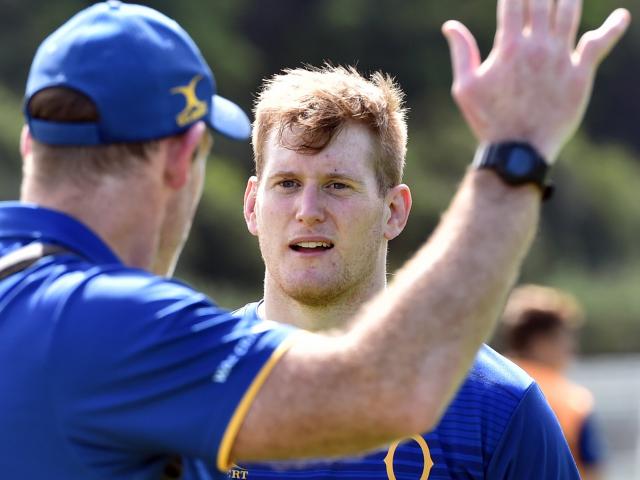 Regan (24) will take on the Crusaders, locking the scrum with Otago team-mate Josh Dickson.

Regan, who had been released by Ulster in Northern Ireland just over a year ago, landed in Dunedin in March last year, all set to turn out for Dunedin in the premier club competition.

But the Covid-19 lockdown hit before he could even get on the field and he was laid up for months.

He decided against going back to Ireland and it has proved to be a wise choice.

He got out on the field and put in some impressive performances for Dunedin. Such was his efforts that he earned the call-up for the Otago team.

Regan played well for Otago, including scoring the match-winning try to beat Wellington.

With Ireland ravaged by Covid-19, including Regan’s family, he opted to stay put in New Zealand over summer.

He then got called into the Highlanders for injury cover for Paripari Parkinson, who is out with an ankle injury.

Regan was a standout in the two pre-season games and has now won the nod for a start against one of the best teams in the world.

"It’s funny how rugby works sometimes. If you get the opportunity and work really hard when you do get it, good things can happen.

"That is what has happened to Jack — he has taken that opportunity, and shown he is good enough to play Super Rugby."

Brown compared him to Alex Ainley — a tireless player who does the grunt work.

Plenty of players had pushed for spots in the starting side, Brown said

"A lot of guys put their hands up and performed pretty well in the first two games and deserved their opportunity. But as you know, you can only pick 23 and we feel as though we have got the selection right."

Former All Black Liam Squire was set to get on in the second half but had not played for a year so needed to be managed.

Brown was 100% confident in Squire.

"We just want to get him started. I’m sure he will be nervous but we’re looking forward to getting him out there."

Centre Fetuli Paea picked up a high ankle sprain in last week’s game against the Hurricanes and is out for the season. He will have an operation on the ankle.

The Crusaders have named Dallas McLeod in the midfield, as David Havili is out with concussion. McLeod partners Jack Goodhue, who moves to centre.