Irish side has a point to prove on gruelling trip 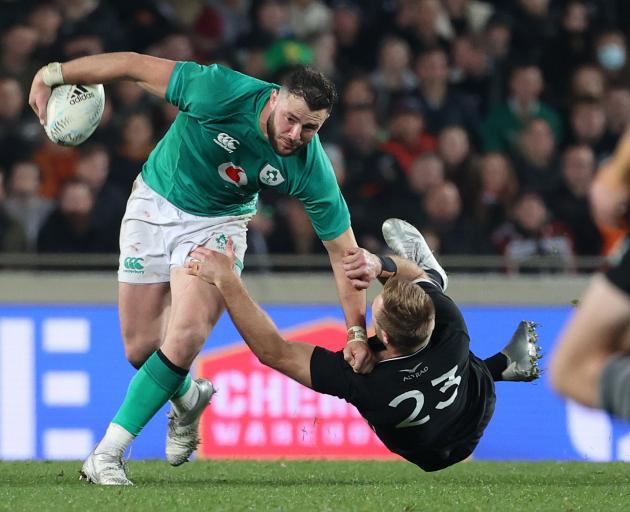 Ireland second five Robbie Henshaw fends off All Blacks defender Braydon Ennor during the first test at Eden Park. PHOTO: GETTY IMAGES
Not many people are better placed to assess the state of the Irish rugby team than Peter O’Reilly. The long-serving rugby correspondent for The Sunday Times Irish edition talks about why this series in New Zealand is so important.

I thought I’d already seen Ireland’s toughest tour to these parts. That was 10 years ago, when Brian O’Driscoll’s team embarked on a three-test series at the dead-end of a World Cup season.

By the time they reached Hamilton, it was 54 weeks since the players had started their pre-season. No wonder they lost 60-0.

But the current trek is another level again — another three tests plus two games against the Maori All Blacks, all in the space of 18 days. As Andy Farrell put it, it’s really five tests in 18 days. No northern hemisphere country has endured such a rigorous examination of mind, body and spirit. 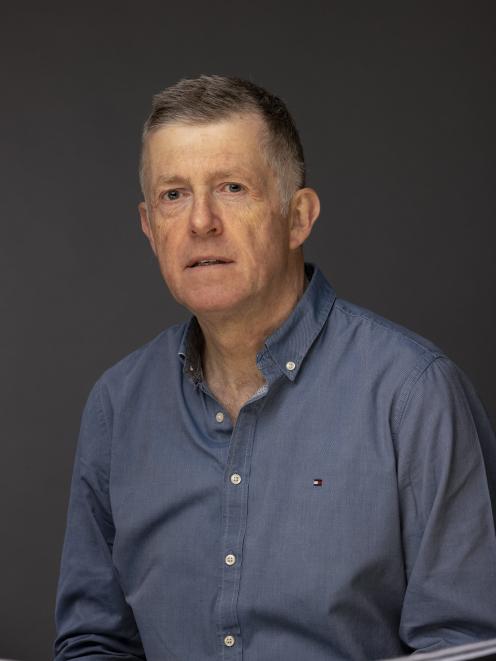 Irish rugby writer Peter O'Reilly. PHOTO: SUPPLIED
The thing worth noting, however, is that this exacting itinerary was not foisted on Ireland. Farrell actually requested it, for a couple of reasons.

One, he wanted to make up for lost time. Covid meant July tours to Australia and Fiji had to be canned in 2020 and 2021. That was two opportunities lost for Farrell to build squad depth.

Two, he wanted to mimic the intensity of a World Cup pool, when players have to back up and play through injury niggles. While Farrell has brought 40 players, you can be sure resources will be stretched, and tested.

Which is what he wants. It’s the only way of preparing if Ireland is ever to do something unheard of, like reach the last four next year in France.

Before departing Dublin, Farrell made sure to manage public expectations by saying that he cannot lose whatever the results in New Zealand. Purely as an information-gathering exercise, it will be invaluable.

Privately, the coach and his senior players will have more ambitious objectives. If they don’t pinch a first-ever victory over the All Blacks in New Zealand, they will probably view the venture as something of a failure.

Ireland’s mindset has changed since Chicago 2016, when they finally removed a silver-backed gorilla off their backs and beat the ABs.

As you’re probably sick of reading, they have now won three of their past five games against these opponents. The psychology between the teams has changed.

But to win in New Zealand is the next step, and to win at a time of year when the All Blacks can’t use fatigue as an excuse. That would be a massive boost.

How ironic that Joe Schmidt should be involved in trying to stop them achieve that objective. It was Schmidt, of course, who devised a winning plan for Ireland in 2016 and 2018.

Farrell was his defence coach on both those occasions, before taking over as head coach in 2019. It might have taken a while but the most recent win — 29-20 in Dublin last November — was the moment that Farrell proved himself as a worthy successor to Schmidt.

Part of Farrell’s strategy looked simple. Seeing as Leinster was comfortably the strongest Irish provincial side, and seeing as prep time was relatively short compared with New Zealand’s, Farrell selected a side that looked suspiciously like Leinster in green.

Meanwhile assistant coach Mike Catt came up with an attacking plan that borrowed heavily on the method employed at Leinster by his former England boss Stuart Lancaster: using a variety of first receivers and distributors and passing options.

Ireland continued to impress during the Six Nations, losing just one game — away to France, when Johnny Sexton was injured. The general optimism has just been dented recently, as Leinster’s season fizzled out, with defeats to La Rochelle in the final of the Champions Cup and to the Bulls in the semifinal of the United Rugby Championship.

Last Saturday’s defeat in Auckland was a further blow to pride and belief, especially as it exposed weaknesses at the set-piece once again. And it’s not as though the tourists have many options in reserve in the tight five.

This arduous tour will only get tougher as it goes on. The best chance of making history was surely at Eden Park — although in Ireland’s last series down here in 2012, it was in the second test that it delivered its strongest challenge, losing 22-19 to a late Dan Carter drop goal in Christchurch.

Farrell will be looking for a big response in Dunedin — but it won’t be a case of springing a surprise. The All Blacks won’t ever take Ireland lightly again.