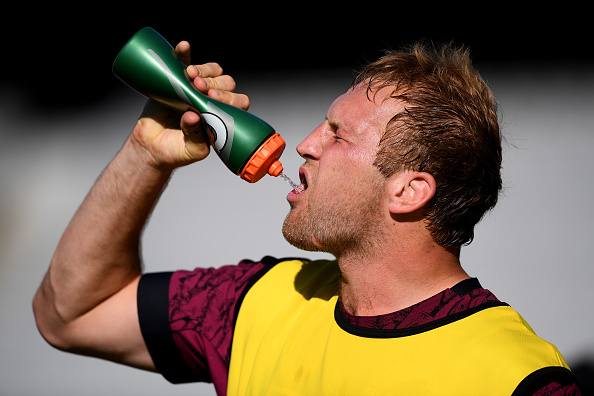 Mitchell Dunshea. Photo: Getty Images
Fringe All Blacks Mitchell Dunshea and Cullen Grace make a welcome return to Mitre 10 Cup duty as Canterbury seek to bounce back against Bay of Plenty after another one-point loss on the road last weekend.

The duo are set to join the Tri-Nations squad in Australia on Sunday so were eagerly pressed into service for one last provincial game by co-coaches Reuben Thorne and Mark Brown - tomorrow's assignment in Tauranga.

"They’ve both had a couple of weeks training with the All Blacks and they’re looking forward to getting out on the park," said Thorne.

Dunshea starts at lock with Blues-bound rookie Sam Darry to give former All Black Luke Romano some respite on the bench while Grace slots in at No 8 for Whetukamokamo Douglas.

"Luke has had a couple of massive weeks and has done a great job, so it’s a big bonus to have Mitchell back to go straight into the starting side," Thorne said.

Promising prop Finlay Brewis returns to bolster the front row stocks for Lewis Ponini, who played off the bench in the 16-15 defeat to Waikato in Christchurch last Saturday.

Canterbury now have a 3-win, 3-loss record, with losses to Taranaki and Hawke's Bay also via a solitary point.

"We said right at the beginning of the year with the spread of talent in the competition there was going to be no easy games," Thorne said.

"We just need to keep improving each week, being more accurate in the clutch plays and not give up opportunities to our opposition. We don’t want to be leaving things to the last minute and open the door for others to control the outcome."

In the only change to the starting backline against Waikato, halfback Ere Enari switches with Mitchell Drummond.

Utility back Dallas McLeod also makes a welcome return from a foot injury sustained early in the opening round victory at North Harbour. He replaces Isaiah Punivai as midfield and wing cover.

"Dallas has been training the house down, he’s done all his rehab and is itching to go," Thorne said.

The match at Tauranga Domain kicks off at 2.05pm.

Meanwhile, Lucy Anderson returns from a shoulder injury to earn her 50th cap for champions Canterbury in their Farah Palmer Cup semi-final with Auckland at Rugby Park at 4.35pm tomorrow.

However, her return has been tempered by the loss of experienced loosehead prop Pip Love to a finger injury which required surgery. She is replaced by Trina Greenslade.