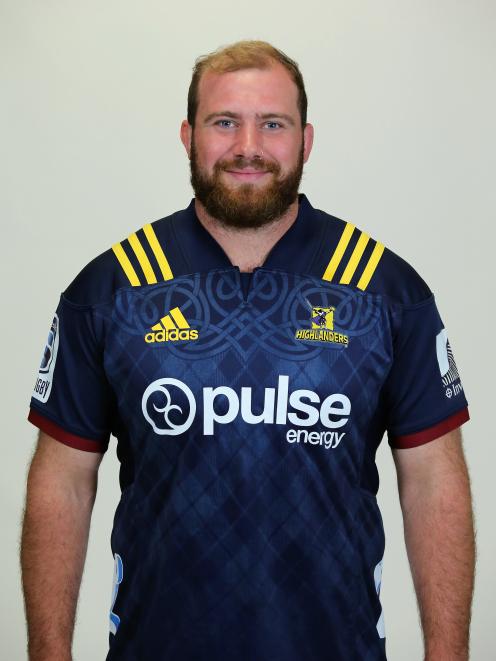 Greg Pleasants-Tate has ambitions to get back in the Highlanders squad. Photo: Getty Images
New Southland coach Dale MacLeod has signed a team for next season.

After only six weeks in the role, MacLeod is pleased to have 15 of the best performing players from the past two seasons back for next season’s Mitre 10 Cup campaign.

Walsh had signed on for another two seasons.

MacLeod said he brought experience and a fierce attitude to the group.

Pleasants-Tate still has ambitions to play Super Rugby and is happy to stay with Southland to press his case.

The hooker has played 18 games for the Highlanders but was not picked last season because of a neck injury. He was not part of the current Highlanders squad.

Crowley joined Southland for last season after fighting to get into the Taranaki team.

He played well for Southland, proving threatening on attack and also getting round the field, and has enjoyed some time with the Hurricanes in recent weeks.

MacLeod said Crowley had been offered contracts with Taranaki as well as Southland but decided to stay loyal to Southland which was great for rugby in the South.

Eade returned to the Southland set-up last season after a short break from Mitre 10 Cup rugby, although his season was shortlived following a shoulder injury

Eade is hitting the gym to be ready for the 2020 campaign.

The first five-eighth has played more than 60 games for Southland.

MacLeod said the first phase of recruitment was now complete and he would wait for the club season to sign the rest of the players.

The coaching group would be confirmed by the end of February.