Lentjes out for season but Thomson returns

But the loss of Lentjes has been tempered by experienced loose forward Adam Thomson coming back into the starting side.

Lentjes left the field in the opening quarter of last week's game against North Harbour after taking a blow to his leg as he attempted a tackle.

He has been diagnosed with a grade three injury to the medial collateral ligament in his knee and is out for eight weeks.

Otago coach Ben Herring said it was an unlucky injury for Lentjes who was walking around in a large knee brace yesterday.

Halfback Kayne Hammington is also out for this week as he continues to come back after dislocating his big toe.

Rowan Gouws will continue as starting No9 with Connor McLeod in the reserves.

Jona Nareki comes back on to the left wing while Taylor Haugh is in the reserves.

Mika Mafi will play his 15th and blazer game for Otago if he comes off the bench.

Waikato will finalise its team today. Key playmaker and former Otago player Fletcher Smith is battling a shoulder injury and will be a big loss if he does not front.

Waikato lost 35-26 to Tasman last week and needs a win to get back into the playoff race of the Mitre 10 Cup Premiership. 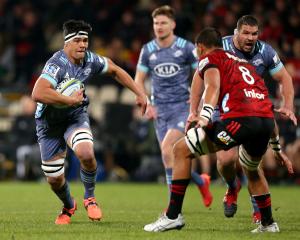 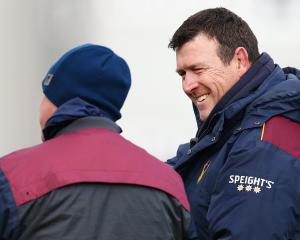