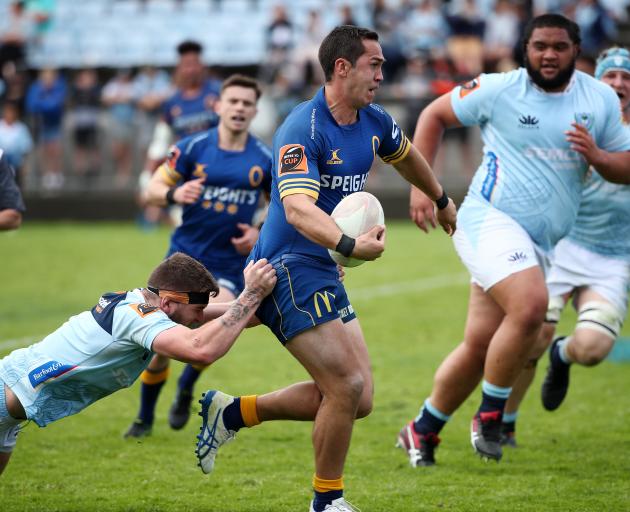 Matt Whaanga is brought down during Otago's big loss to Northland in Whangarei. Photo: Getty Images
Otago limped into the playoffs after suffering an embarrassing 40-10 thrashing at the hands of Northland.

Having lost the Shield to Canterbury last week, Otago had clearly run out of puff, or merely realised there was nothing to play for, and were run off the park by a Northland side who came into the clash in last on the Championship ladder, having conceded 42 points per game.

This time, they were the team to pile on the points, leaving Southland to take the wooden spoon for the third straight season. Scott Gregory and Jordan Hyland bagged doubles as the hosts ran in six tries, and while Northland still had to do plenty of defending, making 154 tackles as Otago racked up 57 per cent possession, they held solid to claim a surprisingly substantial victory.

Otago will have to regroup before a semifinal against Hawke's Bay next week, while Bay of Plenty will take on Manawatu in the other semi.
The semifinalists have also been found in the Farah Palmer Cup.

Canterbury will take on Counties Manukau in a rematch of last year's final after they completed a perfect regular season with their sixth straight win, thrashing Bay of Plenty 40-7.