Otago keen for Southland to get early challenge 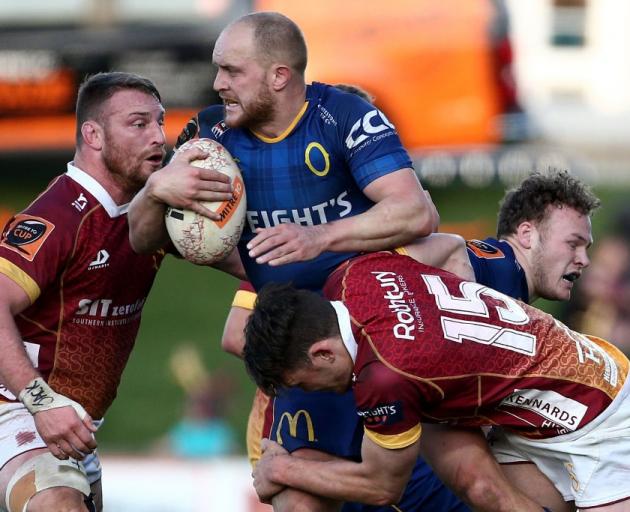 The union will be working its way through the domestic schedule over the next few weeks to try to pin down its programme for next year, which will include five mandatory challenges for the Ranfurly Shield against Mitre 10 Cup opponents.

There are also up to two challenges the union can accept from other unions, which are regarded as pre-season matches. One of those is traditionally from the winner of the Heartland Championship's Meads Cup.

Thames Valley won the Meads Cup on Saturday, beating South Canterbury in the final. Thames Valley would have to finance its trip south although some assistance in funding is avalailable from New Zealand Rugby.

Thames Valley chief executive Edmond Leahy said yesterday the board had not discussed whether it would challenge for the shield but would discuss it at its next meeting.

North Otago may also be a candidate for a challenge next year and has spoken to Otago although nothing formal has been tabled.

The crossover schedules between sides in the two Mitre 10 Cup divisions are likely to be finalised over the next few weeks and, although it may change and other union may make preferences, it appears as though the home games - which double as Ranfurly Shield challenges - for Otago next year will be against Southland, Manawatu, Taranaki, Waikato and Canterbury.

Otago Rugby Football Union general manager Richard Kinley said the union wanted its first home game of the season to be a derby match against Southland, preferably on a Saturday afternoon.

"The shield connects with the community and if we can get a game like that then, hopefully, we can get a big crowd along and the guys will really get a lift from that,'' he said.

"We want to get as much leverage as possible off the shield. As I've said before, it doesn't come with a cheque.''

When the pre-season shield games are played is also up in the air. Previous holders played them at different times including weekdays.

Kinley said he was keen not to interfere too much with the club competition.

A domestic competition review is under way and there is a suggestion Wednesday night games will cease next season.

When the Mitre 10 Cup starts next season is yet to be pinned down. Super Rugby has no June break and will finish on July 6.

Kinley said, overall, the union was happy with the performance of the side.

"If someone has said to us at the start of the season you would make the final and also have the Ranfurly Shield locked up for next year, you'd have taken that.

"We have a long-term strategic goal to make it up into the top division. Naturally enough, the boys were disappointed with the result on Friday night. But it is a brutal competition and Waikato just came out so hard and we were forced into playing catch-up football.''

Coaches and players are conducting a full review of the season. Ben Herring is set to be back as coach next year along with forwards coach Tom Donnelly.

Meanwhile, former Otago and Kaikorai hooker Nick Fisher has been appointed to the ORFU board. Fisher played seven games for Otago in the early 2000s and is now a manager for Mediaworks.

Fisher (40) replaces Jane Leahy who resigned from the board for personal reasons.