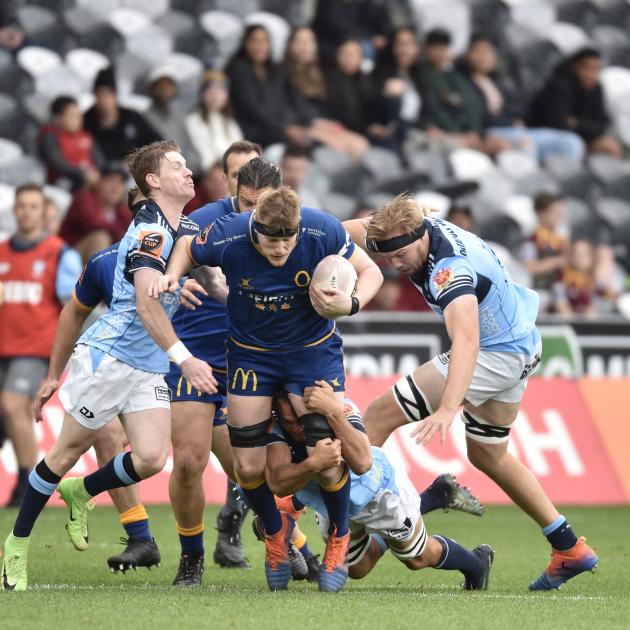 Otago lock Jack Regan powers through a tackle at Forsyth Barr Stadium. PHOTO: PETER MCINTOSH
Otago put on a strong display to beat Northland 30-7 and secure a bonus point in their MItre 10 Cup clash in Dunedin.

It took the Taniwha 60th minute to get on the scoresheet. Rene Ranger raced on to the tryline after fielding a pass from Jone Macilai on the blindside.

It's a cruel blow for Northland, having lost two on the trot after falling to Hawke's Bay in the Ranfurly Shield challenge in Napier a week ago. 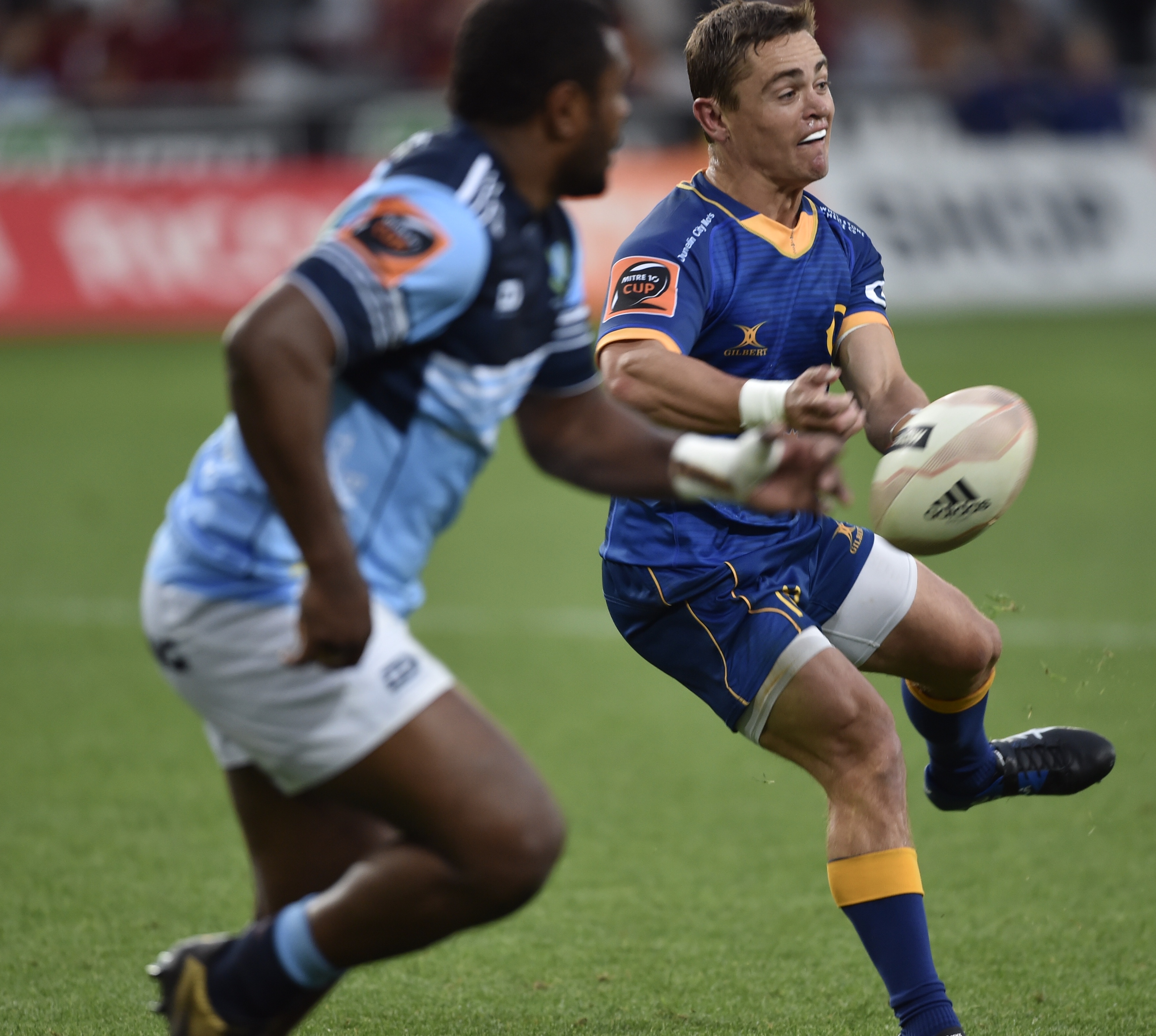 The home side led from from start to finish and never really looked in trouble. They played territory well, took their chances when they came and were strong in defence.

Otago were led well by Jono Hickey, captain Michael Collins and Karl Hammington, who collectively took control of the game.

They take the bonus point and go top of the Championship table with the convincing win. 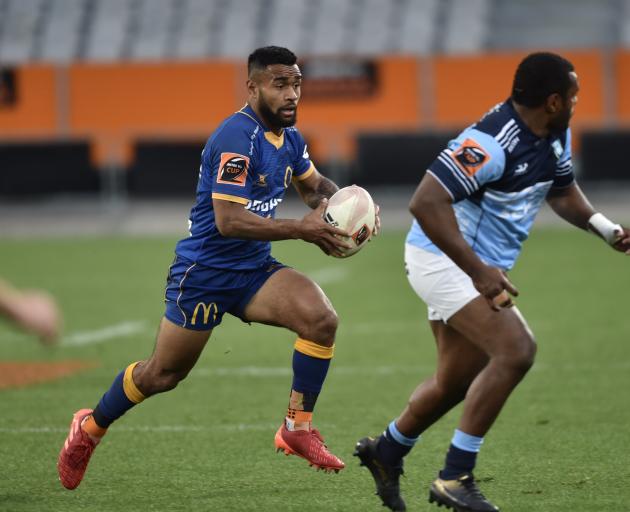 Otago's Jona Nareki makes a break at Forsyth Barr Stadium. PHOTO: PETER MCINTOSH
Northland had their chances, but their hands let them down which was partly a product of good Otago defence, but also sloppy play themselves.

They looked a bit better in the second half, but couldn't quite get close enough to put Otago under pressure.

At times, they broke out and looked a good side but will need to clean up those turnovers if they want to capitalise on that good play.

Otago take on Canterbury next week.

- By Nathan Mansell and NZ Herald