Rugby: Backing for ABs to play at stadium opening 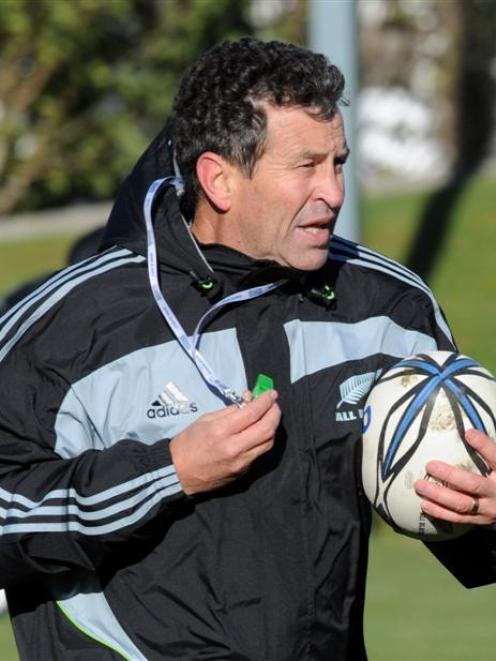 Smith and members of the All Back team had a look at the stadium site yesterday.

"I was impressed. It's going up pretty quickly. It's exciting," Smith said.

"It would be great for the All Blacks to play in Dunedin to officially open the new stadium."

At this stage, the plan is for the new stadium to be completed by early August next year.

That would allow it to be used for the three Rugby World Cup games in Dunedin the following month.

The window of opportunity for an All Black test is probably too small, as the Tri-Nations will be reduced next year and, barring a change in policy, Dunedin is not seen as a suitable venue for a Bledisloe Cup test.

Still, Smith is relishing the prospect of playing a test match indoors in the middle of a South Island winter.

"I injured my groin when a ruck fell on top of me and was out of rugby for a few months," Smith said.

`In the lead-up to the game we trained in snow."

Smith has happier memories of Carisbrook when he played for Canterbury and coached the Crusaders to a win over the Highlanders in the Super 12 final in 1999.

"I have some fond memories about the ground," he said.

"Carisbrook is the fine old gentleman of New Zealand rugby."

The All Blacks have lost to South Africa and France at Carisbrook in the last two years.

They are determined regain winning form by beating Wales on Saturday.