Rugby: Farry not looking to get back on board 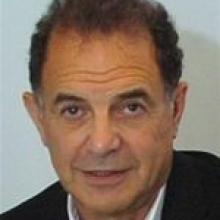 Farry, who has served two terms on the board of the franchise, totalling more than five years, said his involvement with the Carisbrook Stadium Trust meant he had not been serving on the board for the past few months.

It was not a conflict of interest but he did not seek re-election because of his involvement with the trust, he said.

Farry's independent appointment comes up for election every three years.

He was an independent director on the board and is chairman of the Carisbrook Stadium Trust.

He rejected the suggestion he had gone on the board to help get support for the the new Forsyth Barr Stadium.

"When I first went on the board I had no inkling there was going to be a stadium built," he said.

He said it was good that the franchise was safe in the South.

However, it faced difficulties arising from having a small population base, and in attracting players to the South.

He said he knew of initiatives which would help the Highlanders attract players to the region, then retain and develop them.

He hoped the measures would lift the game back to the heights it enjoyed in the 1980s and 1990s.

He said some financial restructuring needed to be carried out around the game, and is should led by the New Zealand Rugby Union.

The NZRU is seeking nominations for a replacement for Farry, with applications closing at noon on Friday.