Rugby: If only the bigwigs had minded their own business - Joubert

Eben Joubert says he did not realise Otago rugby was in such a bad state. The concerned captain, who is in England for a few months, wants to be a part of the recovery plan but wonders if he will get a chance. He sent this message home yesterday. 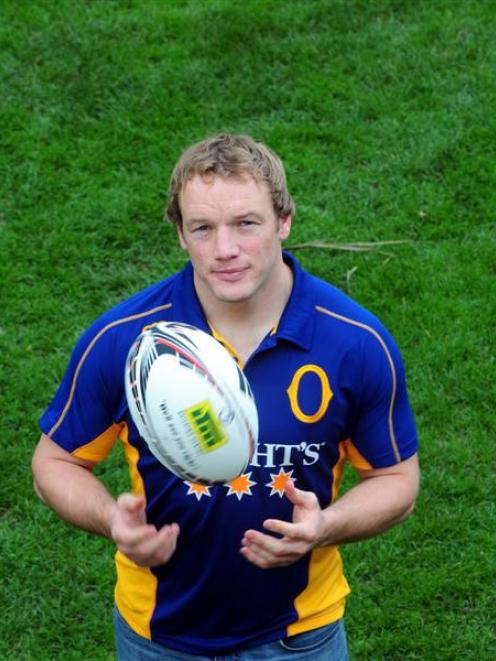 Will 2011 Otago captain Eben Joubert (pictured) - or anyone else - get a chance to wear the blue and gold jersey this season?
The thing about a hole, especially one as big as this, is that it doesn't just happen overnight.

It must have been growing and been visible for years.

I cannot directly comment on what happened before I arrived in Dunedin in 2008, so I won't.

I certainly did not realise the situation was this bad. No-one did. And it is not just the players and supporters that suffer here.

The staff members who keep Otago running, who weren't responsible for the decisions that led to this catastrophe, are hurting just as badly and are now also without a job. Their response, as mine, is still one of shock and disbelief.

I am, like all Otago staff members and players, rightly concerned about my future. I do not want to leave this province at this time when we are just starting to show progress as a team again.

With people involved like Tony Brown, Phil Young and Kees Meeuws, all committed to helping this team achieve its potential, I want to be part of it. But now that might be in doubt.

Over the past four years, Otago did not have it easy. It's funny how quickly coaches and players are held accountable when results do not meet expectations.

First it was Steve Martin and Bruce Carvell, and then Phil Mooney, David Latta and Andy Hunter - easy targets to vilify because they are in the public eye and have to take responsibility for team performances.

From where I stood, coaches were rarely given the full support by administrators and board members that they deserved.

Those at the top were frequently telling them what teams to pick, what game plans to follow, how good or bad certain players were, while they should have been busy ensuring the financial sustainability of this proud province.

They expected excellence without providing the necessary professional foundation for it to grow. If only some bigwigs spent as much time looking after the books as they did interfering with coaches and the team, we never would have been in this situation.

The idea of not fielding a team is inconceivable. This should not be allowed to happen.