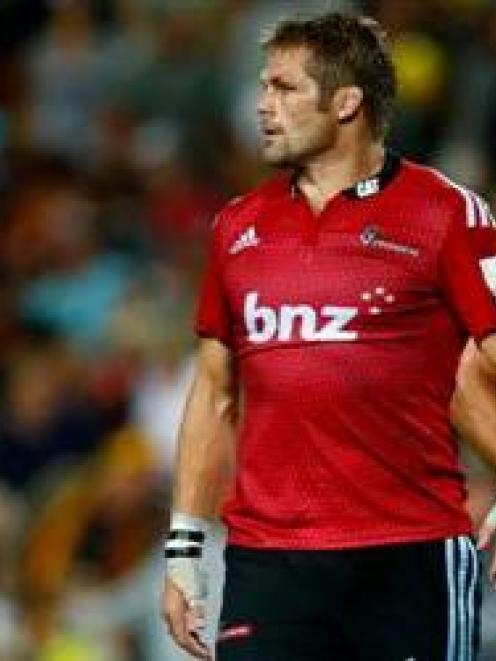 Richie McCaw
All Blacks skipper Richie McCaw will miss the Crusaders' clash with Super Rugby leaders the Hurricanes on Saturday after being knocked out in the win over the Blues.

Crusaders doctor Deb Robinson says McCaw has made good progress since the incident in Christchurch on Saturday, when the loose forward got his head in the wrong place as he tackled fullback Lolagi Visinia.

But the decision was made to rule him out against the Hurricanes because of the time frame.

"He had a bit of a mild headache yesterday morning and by yesterday evening he was feeling really well," Robinson said on Tuesday.

"But we made the decision that, if was still symptomatic on Monday, he wouldn't play this weekend."

Robinson, a former All Blacks doctor, said the reason was because McCaw had to go through a graduated set of protocols.

If he wasn't fit to start that on Monday, it would mean he would have to do contact work during the captain's run on Friday, which she felt wasn't appropriate.

"I think the best time to do contact is on Thursday at training, so he runs out of days," he said.

"So we made the decision yesterday that he would not be available this weekend."

Asked if McCaw's history of head knocks came into play, Robinson said McCaw last suffered concussion in 2011 and "and that's a long time ago".

She said McCaw had been at Crusaders headquarters on Tuesday and taken part in team meetings.

"If he feels well tomorrow, he will get on a bike and that will start his graduated return to play."

Coach Todd Blackadder said signs were all positive that McCaw would be available against the Reds the following weekend.