Rugby: New Otago board by end of May 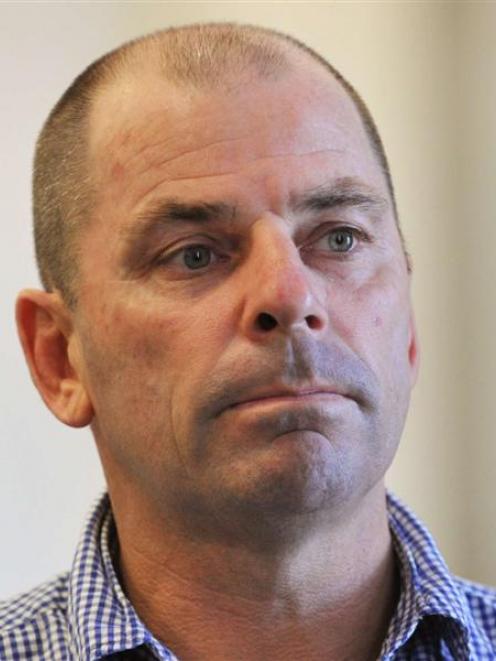 Jeremy Curragh.
A new board to run the Otago Rugby Football Union should be in place by the end of next month, with clubs to be consulted over a reworked constitution in the next couple of weeks.

The union is also hoping to have raised about $400,000 to pay off its small creditors.

Part of the agreement which stopped the Otago union going into liquidation was for the union's board to resign and a new constitution to be introduced.

Otago Rugby Football Union change manager Jeremy Curragh said consultation had begun over the constitution and there would be meetings over the next couple of weeks with both country and town clubs to discuss it.

Curragh said he could not be specific on what the new constitution would look like as it would be developed through consultation.

The New Zealand Rugby Union was also involved as part of the stipulation of the national union lending $500,000 to Otago was that a new constitution would be written.

The constitution comprises the over-arching rules which govern the way the union operates and it appears a streamlined board will be brought in as part of the changes.

The old board, which is still in operation, is made up of 11 members but the new board is likely to be well down on that number.

NZRU chief executive Steve Tew said as much in late February when the Otago union was on the brink of liquidation, saying the board needed more independent members, was too big and needed more business experience.

Although the current board members can stand for re-election, board chairman Wayne Graham has indicated he will not be seeking a position.

Board deputy chairman Laurie Mains has also cited increased work pressures as the reason he is not standing for re-election.

After the consultation over the constitution, a special general meeting will take place in the middle of next month so clubs can agree on the new constitution.

Curragh estimated if everything went to plan the new board would be in operation within six to eight weeks.

When the union was saved from liquidation last month, contracts had to be finalised and drawn up between major parties and Curragh said this had involved plenty of work.

They had until the middle of next month to get all agreements finalised and signed off, and he was confident this would occur.

A fundraising campaign set up with television programme Campbell Live to help the union pay off small creditors - who are collectively owed $687,000 - was set to finish on Friday. It was hoped to get upwards of $400,000 but an amount could not be confirmed until next week.

Curragh said in association with accountants WHK, the union had met small creditors but he said it was not possible to say how much they would get back until the final amount raised was known.

As for Curragh's own status, he said once the agreements are finalised next month an interim general manager would be appointed to carry out his role.

Curragh, who is based in Mt Maunganui, had originally been appointed for four weeks but that has turned into more than three months.

Once the new board was appointed they would look to appoint a permanent general manager.

The bank account for the campaign to save the Otago women's rugby team is listed correctly but through the banking systems may have two suffixes. The account number at Westpac bank is 03-0675-0531096-001 with "Otago women's rugby" as the subject line. If the double zero suffix does not work then just one zero should be used in the suffix.

The union has until the end of the month to raise $20,000 to get the Otago team back into this season's national provincial competition.