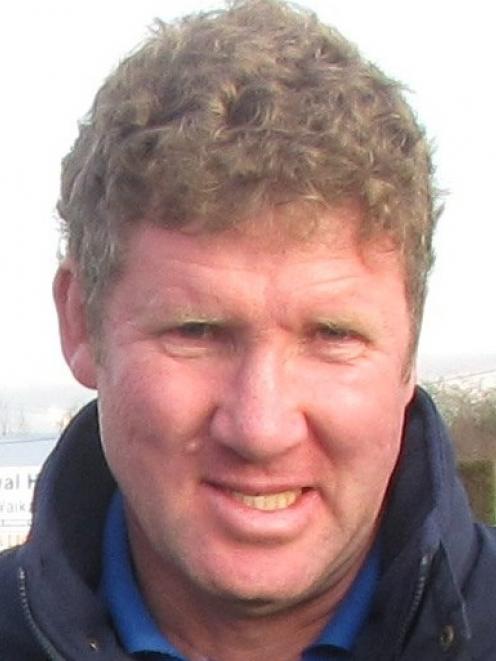 Roger Cotton
A record loss by Otago Country just lays bare issues around the game in the heartland.

A lack of depth and competition, along with poor skills, all contributed to Otago Country's heavy defeat on Saturday.

Otago B scored 15 converted tries and was ahead 52-0 at the break.

It is a long way from the days when Otago Country used to give any Dunedin based team a tight match.

Otago Country coach Roger Cotton admitted his side did not play well and Otago B had a good day at the office. But there were other reasons behind the record loss.

''There are issues there in country rugby. A lot of players, their skill sets are quite poor. Many of them can only pass one way,'' he said.

''You spend a lot of time at training trying to get them out of bad habits.''

Club coaches needed help to develop the tools to upskill players, he felt.

The standard of country club rugby was well below Dunedin's.

''A lot of the teams would struggle in premier two grade and in the senior grade in Dunedin, in all honesty. Clubs are struggling. Lawrence was the champion club last year yet could not field a team this season.

''Other teams are starting off the season with 16 or 17 players, and with injuries you start having to pull guys off the street. In Central Otago in places like Wanaka and Queenstown, where the population is growing, it is not so bad. But in South Otago the population is not growing.

''There is no competition to get into club sides ... a lot of country guys are playing in Dunedin now, but there is not the depth coming through behind them.''

Cotton said fitness was an issue and once Otago B went to the third phase on Saturday, the Country side ran out of numbers.

In a far flung country area, fitness was often down to the individual.

Cotton had brought in players from the Dunedin club competition in past years to be competitive but there was only one player from Dunedin in the team on Saturday.

''To me, it should be a real concern for Otago country rugby. The alarm bells should be ringing.''

Being from such an area which goes from Owaka to Queenstown meant getting the team together for training was difficult. They trained once a week and twice a week at times.

Former Otago captain David Latta, who has coached Otago Country in recent years, said there was a real lack of numbers playing the game.

''You look around and it is colts playing premier grade, under 19s playing colts. There is a gap in our system. Guys are just not hanging around to play,'' he said.

''Good kids are coming out of school and they are having to play premier rugby and it is not right. We should have grades where they can play straight out of school.''

He said players did not develop skills quickly as they were never put under any pressure on the field and in keeping a position.

Latta travelled up to Dunedin for many years when he played for Otago and said he never questioned it.

''It's what you did. But it is a different world now. Guys have careers, mortgages to think about.''

Otago Country chairman Geoff McPhee said it was simply a numbers game, with not enough players playing the game.

Players left school and most left to cities for study.

Not having lower grades was starting to bite, he said.

There had been a proposal to have a 10s competition next year, underneath the premier grade, which would help players stay in the game.