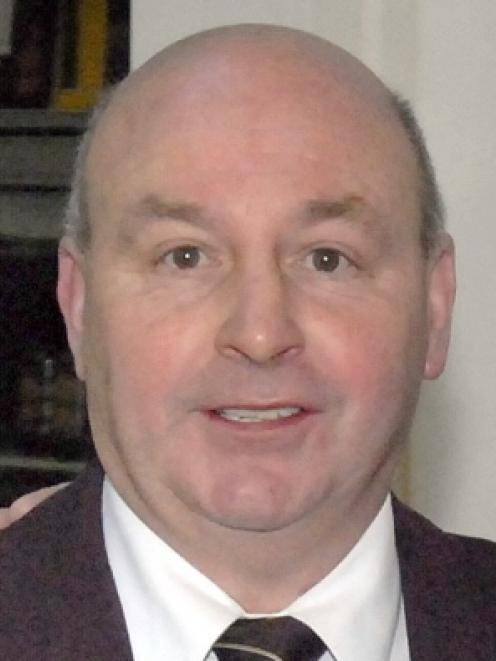 Gary Wheeler
The money was not spent wisely. Alhambra-Union chairman Gary Wheeler was critical of some of the players contracted by the Otago Rugby Football Union last year.

• Payments not to blame, Nichol says

The ORFU spent $1.1 million dollars on contracted players last year and this included more than a dozen from other unions who played club rugby to see if they were up to standard.

"I still question that if the board knew the state of the finances, why they contracted so many players from outside Otago last year," Wheeler said, "I'm sure there were just as many good local players in club rugby."

Wheeler could not understand how the ORFU got into its present pickle.

"I just hope that, come Friday, someone will come over the top of the hill and it will all be sorted."

He is adamant that Otago must have a team in the ITM Cup this year.

"If the leading players go to greener pastures, that will have an effect on our club rugby as well," Wheeler said. "Its been a pretty big glitch but I hope genuine rugby people will get behind it and come up with solutions."

Dunedin chairman Lee Piper had heard the ORFU was having financial problems and he did not consider there was an easy fix.

"It is really about drawing a line in the sand," he said. "While it is unprecedented, there are some cases of unions, like Bay of Plenty and Southland, who have got themselves back on their own two feet.

"It seems that the professional arm has been too expensive. They are being forced into a position where they will have to pick up-and-coming local club players to keep within their budgets."

The chairman of the Kaikorai club, Ron St Clair-Newman, admitted it was a sad state of affairs.

"But it is historical and did not happen overnight," he said.

He felt liquidation was probably the best thing to do.

St Clair-Newman backed the ORFU board.

"Kaikorai fully supports any decision they make," he said. "We know that the business people there are making the right decisions for Otago rugby."

He said the financial problems went back to the day the ORFU bought Carisbrook from the Presbyterian Church.

"As soon as we got professional rugby, we knew it was going to kill us because it cost so much money."