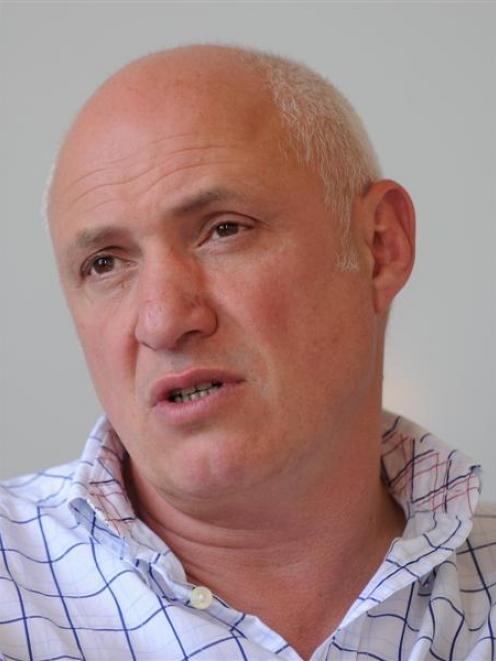 David Davies
Dunedin's Forsyth Barr Stadium has the ability to host additional Rugby World Cup games but its size may prevent it from holding a quarterfinal.

The prospect of AMI Stadium hosting Rugby World Cup matches in Christchurch is looking cloudy after massive earthquake damage to the ground and city.

Dunedin Venues Management Ltd chief executive David Davies said that at this stage, the company was looking to help in any way it could.

"But it is my expectation that everything possible that can be done should be to get a couple of games at least in Christchurch to act as a spur for the people," he said.

AMI Stadium had a capacity of 45,000 with additional temporary seating, while the Forsyth Barr Stadium could hold 30,000.

"So we may be able to hold some of the smaller games, but they will want to maximise the capacity, so they need to find a suitable venue for that many people."

Davies said conference and exhibition organisers had made inquiries yesterday about holding events in the stadium as an alternative to Christchurch, but they were simply looking at contingencies.

He said the priority was with staff who had families in Christchurch and making sure they were safe.

There were reports of massive liquefaction damage at AMI Stadium yesterday, and a suggestion it could be out of action for five months.

That would force the Crusaders to look for a temporary new home - possibly Nelson or Timaru - or play Super 15 games outside the region.

The Crusaders play the Highlanders at Carisbrook on March 19 and are due to face them again in Christchurch on April 23.

The extensive damage to the stadium and the city's infrastructure could also make it difficult for Christchurch to fulfil its World Cup commitments.

Christchurch is due to host seven World Cup matches from September 9-October 23, including two quarterfinals, one likely to involve the All Blacks.

The Guardian newspaper, in England, has speculated Australian cities could be asked to step in if Christchurch is not ready for the tournament.

It reported yesterday the International Rugby Board had been in New Zealand for meetings last week and one of the topics raised was the contingency plan if another earthquake hit Christchurch.

New Zealand Prime Minister John Key believes it is important Christchurch remains a venue for the World Cup as a demonstration that the city is getting back on its feet after the earthquake.

"If we could host the Rugby World Cup as we're intending to in Christchurch, I'd like to do that," he said.

"It's a very important city to New Zealand and it would be a demonstration that Christchurch is back up on its feet.

"Then one of the issues may be accommodation. We know there's been substantial damage to hotels, so again that's something the Rugby World Cup minister will be looking at."

"Right now it doesn't feel like we could host very much at all," he told TVNZ.

"We've been looking forward to it [the World Cup] for five years and it's an event that promised so much for the city and the wider region and you'd certainly hope so. It's too early to say."

Tournament organisers had contingency plans but would not speculate about the effect the quake would have on the World Cup, Rugby NZ 2011 communications manager Mike Jaspers said.

"Right at this moment, it is too early to talk about any implications for the tournament. Our thoughts are very much with the people of the region. Any assessment must wait while rescue and recovery efforts take priority," he said.

His sentiments were echoed by the International Rugby Board in a statement saying its "thoughts and deepest sympathies" were with the people of Christchurch, adding that it was "inappropriate to comment on the status of the World Cup infrastructure or operations".