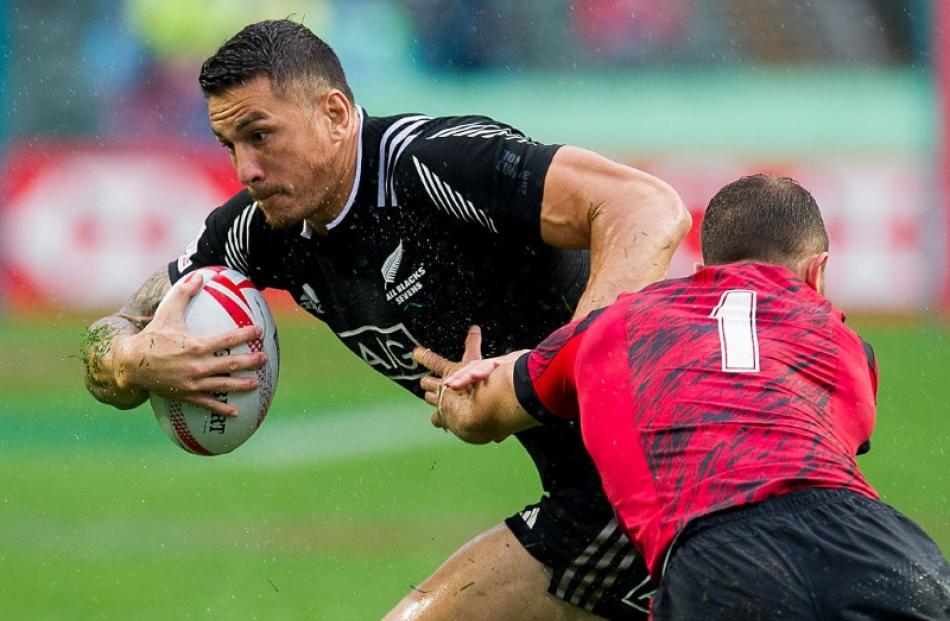 Sonny Bill Williams has announced he will play for the Blues next season after confirming a new three-year deal with New Zealand Rugby today.

Snaring Williams is a massive coup for the struggling Blues who are short of star quality and seemingly always miss out in any competitive process to sign leading talent. It has been 12 years since their last title and they currently sit at the bottom of the New Zealand Conference.

Williams has strong relationship with Blues coach Tana Umaga who was at Toulon when Williams first defected from league.

Having switched between league and rugby twice since 2008, Williams is determined to make it to a third World Cup with the All Blacks. He has rejected offers to return to the NRL and rejoin his former French club Toulon to give the remainder of his football career to the 15-man game and New Zealand rugby.

Recent promotion to the All Blacks' leadership group helped convince the 30-year-old that head coach Steve Hansen sees him as a vital part of the national side. Williams has won 33 test caps and two World Cup winners' medals but has not been a regular starter.

With Ma'a Nonu having retired, the way has been paved for Williams to establish himself as the All Blacks' preferred second five-eighth and take ownership of a jersey he first wore in 2010.

Williams has previously signed only one-year deals but his certainty that he wants to win 50 test caps and be remembered as a great All Black is thought to have persuaded him to make a longer commitment.

By doing that, he was also able to benefit from the newly-signed broadcast deal. Williams, like all senior players in New Zealand, will enjoy a massively-improved pay deal as a result of the 100% increase in TV income. He will also be allowed to box professionally as part of the deal.