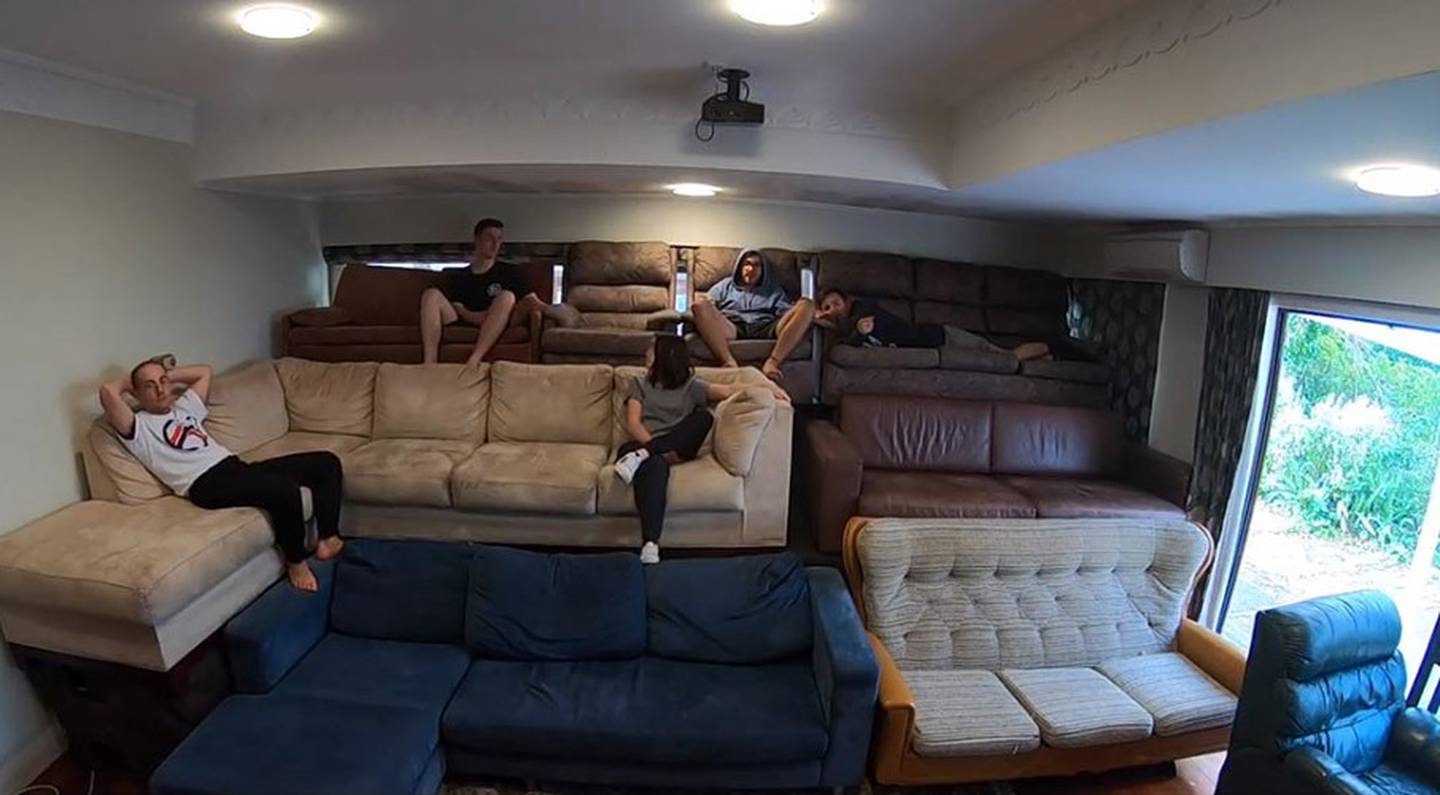 David O'Brien's home grandstand can seat 28 people comfortably. Photos via NZ Herald
Kiwis are known for their number 8 wire, do-it-yourself attitude when it comes to completing a home project.

They're also known for their love of rugby. So when you mix the two together, you get one incredible rugby grandstand.

That was the case for Auckland resident David O'Brien when he decided his flat wasn't complete without its very own lounge grandstand for the ultimate rugby viewing experience.

Wanting to make his flatmates' Rugby World Cup a little more special, O'Brien decided to utilise his work's concert subs, and the flat couches, to create a three-level stand Eden Park's architects would be proud of.

"For the last world cup I did a similar thing but on a smaller scale in one of our first flats on Dominion Rd," he told the New Zealand Herald.

"Last time I winged it and fortunately it turned out great but this time I put a bit more thought into it and did some measurements of the couches.

"The grandstand is built on top of high-end concert subwoofers made by L'acoustics. 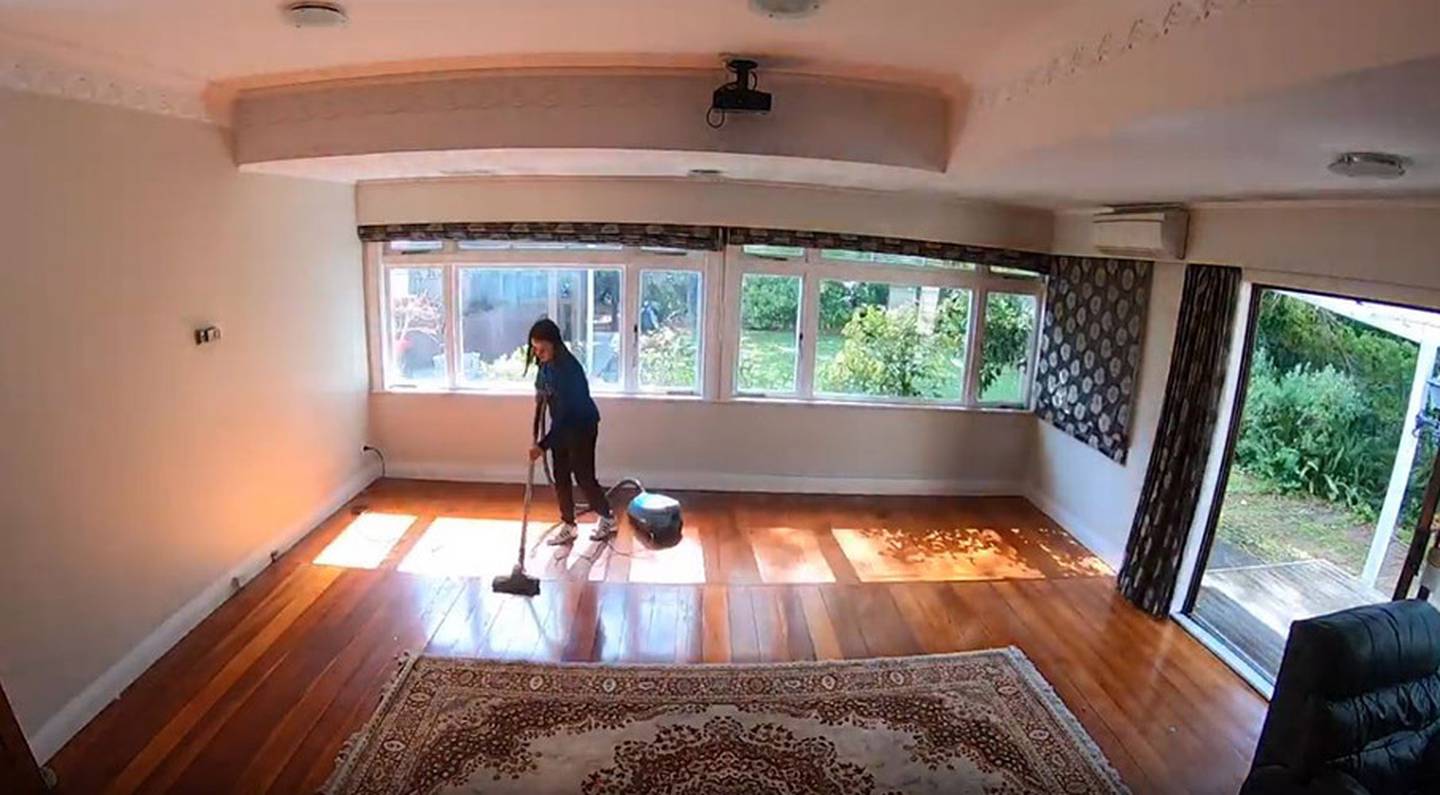 The space being prepared for the construction of the grandstand.
"They're what is used at Western Springs and Spark Arena. They're incredibly sturdy and are purposely built to be stacked and can take a lot of weight. They weigh 120kg each.

"For the screen, we have a projector with a home built screen made out of two by four with a real projector screen skin stretched over it making it a 90-inch screen."

After spending hours putting it together, the job was finally completed. While a video he made captures only 1.5 hours of work, O'Brien explained most of the morning was spent moving subs and manoeuvring couches through doors before being able to piece it all together.

After completion, the grandstand can fit 28 people comfortably, with capacity reaching 34. While it might not hold as much room as New Zealand's national stadium, a number of friends and family have labelled it the country's best stand.

"This is the best thing since Betty White. Dad thinks it's a hoot, but generally everyone's all for it," the Auckland resident said.

"Hopefully it sparks a few people to try and do it in their lounge. It does turn the lounge into a dark cave though but on the plus side you get to vacuum everywhere."

While the grandstand reaches the ceiling, O'Brien says that won't hold him back for his next grand plan.

"One day I'll get a ceiling height that can do a four-tier one and I think that'll be the peak."