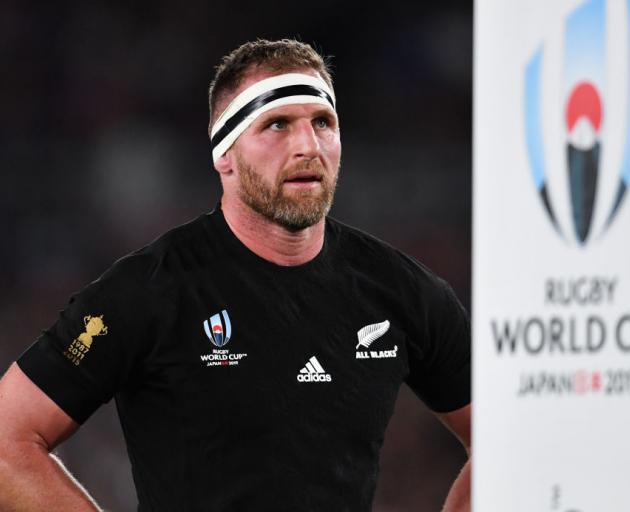 All Blacks skipper Kieran Read. The team were to play Italy in their last Pool B match on Saturday, but this has been cancelled due to a typhoon. Photo: Getty Images
It is a year of anniversaries.

It was 50 years ago this year Monty Python first emerged. The silly walks, the illogical songs and the total nonsense.

Also 50 years since Neil Armstrong walked on the moon and made a giant leap for mankind.

And it is 100 years since the Black Sox debacle in American sport when a baseball team threw the World Series after getting into bed with gamblers.

World Rugby though has gone some way to mark the events.

In its own way, it has combined complete nonsense, ground-breaking technology and blatant doctoring at its marquee tournament in Japan.

Surely it must be making these decisions for some reason because logic seems to have left the building where this mob in concerned.

Let's get one thing clear - if we want the new Dunedin Hospital built, do not contract World Rugby.

First of all, we get the world body coming out and criticising its own referees for their performances in the first few games.

Hard to fathom that one, as the first rule of the game is not to bag the referees. Well, not by the governing body, anyway.

Then at the biggest tournament by far in the sport, the bosses decide to change the laws concerning collisions with the head.

So we get this farcical decision to penalise a player who runs hard into a poorly executed tackle. It rains cards - both red and yellow - in games as players are sent from the field for tackles where attacking players are closer to the ground than Warwick Davis.

It is all getting Pythonesque. The state-of-the-art technology used to investigate these high shots slows things down so much even a high five would look like a move best used by Israel Adesanya.

It is an aggressive physical games. Nasty collisions are going to happen. Many of these collisions are clumsy and maybe sloppy. But they are not dirty. And why bring the new hard line in at the most important tournament in the sport?

Now we have the cancelled matches.

Sure, we get it that some big typhoon is heading to Japan and it is going to disrupt everything. The wind and rain is going to be biblical and even Noah could not build anything to combat it.

But to go and can matches two days out from kick-off just stinks.

Surely there must have been other options?

Why not play a couple of days later? Move them to another city or some other country? Why not play on Thursday or Friday? Play indoors at the covered stadiums?

The whole thing reeked of the health and safety brigade getting involved and caution was the first priority. Decided by people who run the game but have no feel for the game.

Italian captain Sergio Parisse was dead right when he said if New Zealand had needed to win the game it would have gone ahead.

Why not move the game to Monday? The genius that is World Rugby ruled it out apparently.

Sorry, not even the most ardent All Black fan can agree with that call.

The All Blacks are built on courage and adversity.

When things get tough, the tough get going.

World Rugby? They throw it into the too-hard basket.

Obviously, their dumb-idea basket is overflowing.