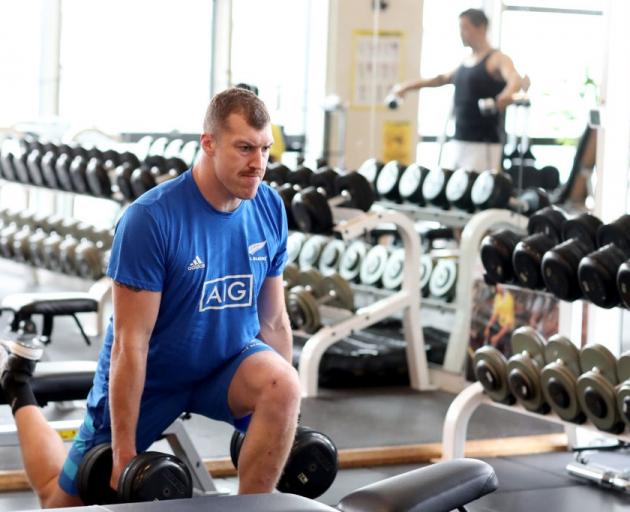 They came as he and the All Blacks begin their week of preparations for a potentially epic Rugby World Cup semifinal clash against England; he has never watched Jonah Lomu's heroics in this corresponding match in South Africa in 1995.

And he's not buying into any provocation – accidental or otherwise – off the field, at least.

As the big second-rower faced the media in Tokyo this afternoon alongside teammate Sam Cane, an English reporter raised what now feels like the ancient history of a press conference years ago.

Retallick had been asked to identify an England forward, and, momentarily lost for words, replied with "Michael Laws", rather than Courtney Lawes.

His answer this time was more to the point; in fact some may say it hit the target.

"A few years ago you didn't seem to be aware of any names of the individual players," the question began.

"Is that the case anymore and what do you make of their second rowers in particular?"

Retallick, considering his answer for a couple of seconds, replied: "Is that supposed to be humorous? I made a mistake and called him the wrong name… a New Zealand politician. Yeah, good on ya. We have great respect for all the rugby players out there.

"Yeah, we know who they are and we know what they're about so obviously we look at every opposition leading into the weekend. But we're also certainly focused on what we're going to do to get that right."

If the 28-year-old's response typified how Retallick plays; direct and occasionally brutal but generally within the spirit of the game, his answer to whether he watched the only other previous semifinal between the All Blacks and England was a little more unpredictable.

"I've never seen the '95 game but I'll be doing everything in my power, as the team will, to make sure we come out on top," said Retallick, who, to be fair to him, was only four years old at the time.

Quizzed about Lomu's famous four tries and Zinzan Brooke's dropped goal from 40m at Newlands, Retallick said: "I might have to go back and watch it now."

Retallick, a 79-test veteran who got through an excellent shift of almost 60 minutes against Ireland after only 30 minutes of rugby in the last few months, will be worth watching too on Saturday.

There is no doubt about how much he is valued by his teammates – Cane was effusive in his praise – and he will bring a hard but creative edge against what is probably the second-best team at this World Cup behind the All Blacks.

England are a proper threat, and Retallick's no-nonsense approach reflects that and what is at stake.

"Playing them on the end of year tour last year was a massive test," he said. "We only managed to come out ahead of them by one point. We know they're always physical. They've got a big forward pack who are very mobile, carry the ball well and have good skillsets.

"Likewise their backs, they have a pretty expansive game. I only saw a little bit of what they did against Australia, but they attack with variation and that's where we're going to have to be on our game.

"I'll go the full 80 – that's sort of out of my control," he said about his potential to back up on his return from a dislocated shoulder. "I was happy with the work I got through at the weekend. It was definitely a step up from the 30-odd minutes I had previously. I just loved being out there and being part of that victory."

Cane's elaboration was on the money, too: "It was good to have him back, eh," he said.

"It's incredible really that he goes 60 minutes like that after just 30 minutes against Namibia, to be honest. He dominates the middle of the park – he owns that role and can execute it really well. He sees pictures clearly and can take the ball to the line and put others in space. Without swelling his head, yeah it was good to have him back out there."