RWC: Three games on, one cancelled 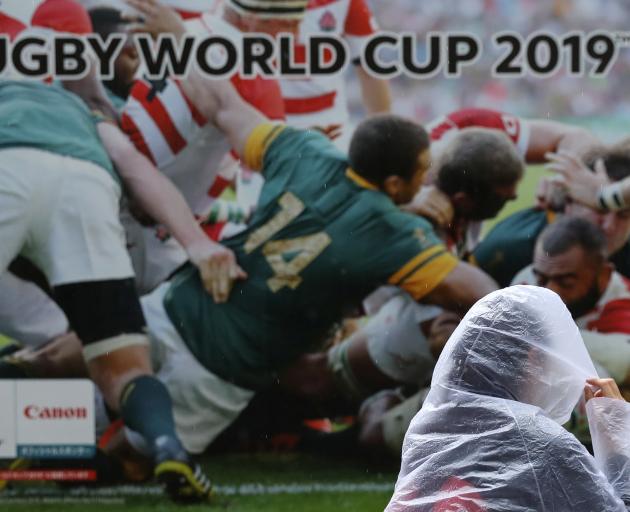 It has been confirmed that their crucial clash against Japan on Sunday will go ahead.

Tournament organisers today inspected the damage from Typhoon Hagibis in Yokohama to check the safety and transport situation and determined that it was safe enough for the match to continue.

A decision is still to be made whether it will be safe enough for fans to attend.

The result comes as a relief to Scotland who would've been knocked out of the tournament if the match was cancelled - which would've deemed the match as a draw, seeing Japan sail through as Pool A winners.

Earlier today, Canada and Namibia have had their respective World Cup campaigns cut short, with their clash this afternoon cancelled due to Typhoon Hagibis.

World Rugby announced that due to a level five evacuation order remaining operational following the typhoon the match in Kamaishi had been called off on safety grounds.

It was the third game to be cancelled due to the storm, following the All Blacks' match against Italy and England's clash against France, which had been scheduled for Saturday.

The Namibia-Canada match, which had no bearing on the rest of the tournament with both sides out of contention for the quarter-finals, will be recorded as a draw.  Ticket holders to the match will be entitled to a full face-value refund.

World Rugby chief operating officer and tournament director Alan Gilpin said: "The safety of teams, fans, volunteers and workforce is our number one priority. Following strong direction from the Prefecture of Iwate and the City of Kamaishi, we were left with no option but to cancel the match on safety grounds.

"We have been liaising closely with the city and the venue over the past 24 hours and have informed the teams. In line with the direction of the local authorities, we are making the difficult, but right decision to cancel the match.

"Our hearts go out to the teams and also their fans, but also the people of Kamaishi, who have been incredible during what has been a special journey in recent years. Nobody will be more disappointed than them, but also nobody would have better empathy with the decision."

Millions of people have been advised to evacuate their homes across Japan as the typhoon made landfall on Saturday night (local time). At least four people have died.