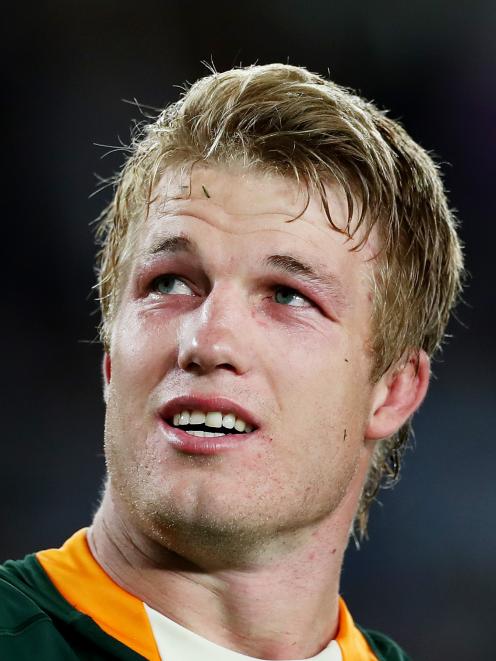 Du Toit was the first Springbok recipient since Bryan Habana in 2007 and third overall.

English outside back Emily Scarratt won the women's player of the year award.

French back Romain Ntamack was named as breakthrough player of year.

Wayne Barnes received he referee of the year award.

All Black halfback TJ Perenara was awarded the try of the year. His effort to squeeze over in the corner following some great work beforehand against Namibia was a real stunner.

Former Irish No 8 Jamie Heaslip was given a special merit award for his work on and off the field for the Ireland and British and Irish Lions team.