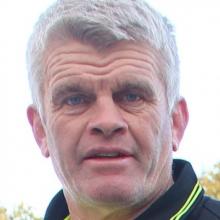 David Latta
Otago is always going to find it hard in sevens because of its location and lack of games but more commitment is needed from both players and the union,  Otago coaches  say.

The Otago men’s team finished 10th at the national tournament in Tauranga after a disappointing first day, while the women qualified for the quarterfinals but failed to fire on Sunday and ended up eighth.

Otago men’s coach Roy Hawker said his side was not far away but just at critical times it did not quite have the clarity or composure.There  were  too many missed tackles on the first day but the defence improved on Sunday. Josh Casey was injured early in pool play and did not play any further part in the weekend.

Hawker said sevens should be seen as part of a pathway for a player and it was not valued enough by both the union and player in that role. Players would brush up their skills in training in sevens which would help their overall game.

Tasman won the tournament, beating Counties-Manukau in the final. Hawker said Tasman had taken a group of players just below the Mitre 10 Cup level about two months ago and got them to  concentrate on sevens. That was a lot longer than Otago  players had, and Tasman shone through its conditioning and game plan. 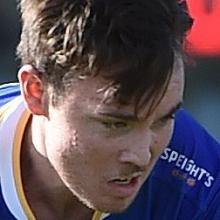 Josh Casey
Teams in the North Island had the advantage of going to many different club and provincial tournaments before the weekend in Tauranga. Otago could just play Southland and it was disappointing North Otago had pulled out of sevens this year, Hawker said.

Otago women’s coach David Latta said his side had worked hard but the standard was getting higher every year.

There were more top athletes involved and the game was developing and teams becoming well drilled.

The top sides had a lot of depth and that proved vital in tournaments.

Some of the top North Island teams had played at various tournaments and played more than 40 games leading into Tauranga. Otago  had  just the regional qualifier in Timaru and all up played about a dozen games including  those  in Tauranga. More matches were needed by the team to get up to speed but that involved travelling away which was expensive.