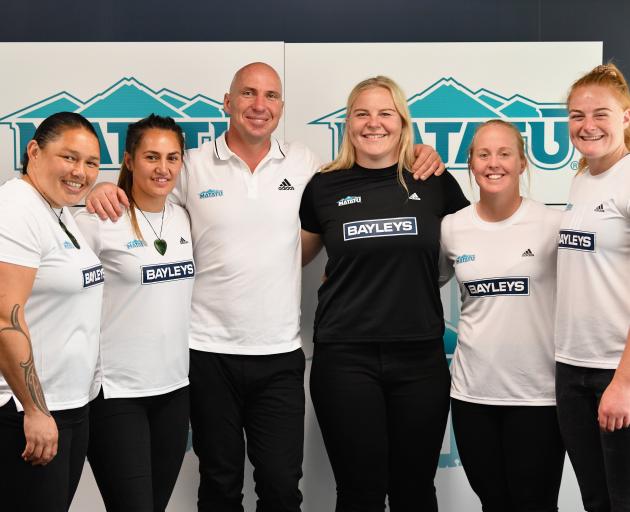 The team will be part of Super Rugby Aupiki, which will take place over four weekends in March.

The competition, launched last week by New Zealand Rugby, will feature teams from the Blues, Chiefs and Hurricanes, as well as the a combined South Island team encompassing the Crusaders and Highlanders regions.

A blessing for the new South Island team was held yesterday in Christchurch, during which its name, logo and colours were officially unveiled.

‘‘When we started this process, we realised we had an exciting opportunity to build a brand story outside of the traditional Super Rugby clubs of the Crusaders and Highlanders — one that encompasses the unique collective values of the South Island team.

‘‘The team’s values were developed in the initial part of our consultation process, which engaged current and past players, key female figures within the rugby community of the South Island, the two resident Super Rugby clubs and also Ngāi Tūāhuriri.

‘‘It was from our four core values that our team name and identity, including the logo and colours, evolved.’’

Matatū is an instructive command to remain steadfast with head held high, alert and ready to take on challenges head on.

It has, in recent years, become synonymous with Aoraki, the South Island’s highest peak.