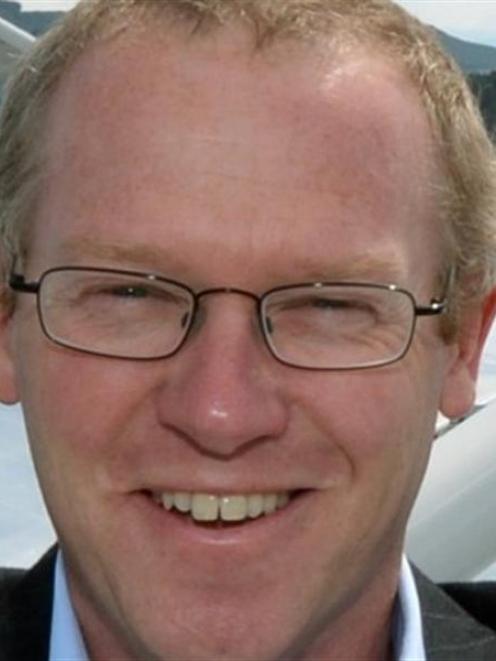 Darren Burden.
Forsyth Barr Stadium staff were giving themselves a quiet pat on the back yesterday after the weekend's events on the other side of the world.

The stadium has come under criticism for a lot of things but at least, as its chief points out, it does not have a turf resembling Millennium Stadium in Cardiff in Wales or the Stade de France in Paris.

The All Blacks played France at Stade de France on Sunday on a field which was little better than a cow paddock, with turf being chewed up, and All Black coach Steve Hansen said the ground rolled up like carpet.

In Cardiff, a few hours earlier, the Springboks beat Wales 24-15 on a ground which was poor and cut up.

That came from a combination of three things - having a roof, which meant you could control the amount of water allowed on the ground; the turf reinforcement system, which inserted plastic strands throughout the pitch; and the time and effort put into the pitch by the ground staff at the stadium.

There are two fulltime groundsmen looking after the pitch.

Millennium Stadium has a roof but when it was built in the 1990s, not enough research was done on how the grass would grow under it.

Stade de France does not have a roof.

Burden said very robust modelling had been done on getting grass to grow under the roof at Forsyth Barr Stadium and it had worked.

Sun angling had been studied and it was vital to get the grass to grow.

The ground has extensive irrigation and a movable weather station which read everything from humidity to grass temperature.

The grass had been resown once and was about to be done again.

The plastic strands would be raked up to make them stand tall again before the resowing.

''We know we are not going to end up with the situation we found in Paris over the weekend with all the turf cutting up,'' he said.

Burden said the turf had had a good workout this year and stood up well.

From the start of the year until yesterday, the turf has been used for 253 hours, which was well up on last year, when it had been used for 168 hours, for the corresponding period.

Burden said that included everything from games and training to concerts and family days.

French rugby chiefs have announced they intend to build a stadium, with a retractable roof, of their own, just outside Paris, and hope to have it open in 2017.

Their desire to move is not over the condition of the ground at Stade de France but the huge rent they have to pay for the ground.