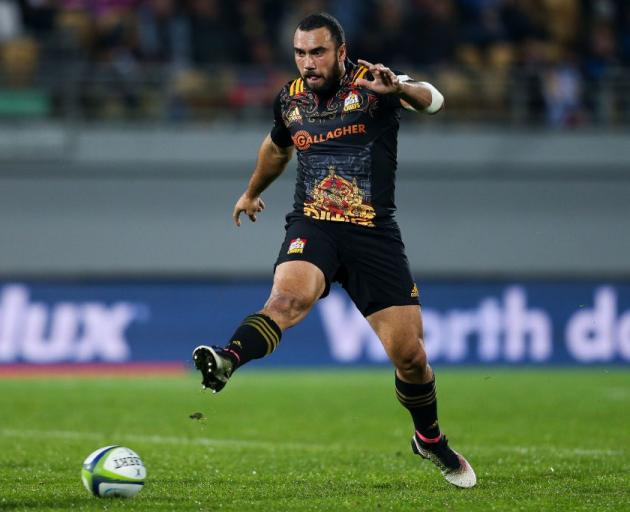 Charlie Ngatai is one of the Chiefs players who has picked up an injury. Photo: Getty Images
Their Super rugby campaign is just one week old, yet the Chiefs will be without a number of players when they meet the Blues in Auckland on Friday due to injury.

The Hamilton-based side saw soldiers fall across the park during their opening round 45-23 loss away to the Crusaders, including co-captain Charlie Ngatai.

Ngatai suffered a knee injury and was expected to miss a couple of weeks at least, as was lock Dominic Bird who sustained a shoulder injury in the match.

They join prop Kane Hames on the sideline, who coach Colin Cooper confirmed would miss his second straight match with illness, and winger Tim Nanai-Williams who has been ruled out for the season and will undergo shoulder surgery.

While Cooper said Brown was showing no signs of symptoms, the trio were all under the competition's concussion protocols and would continue to be evaluated.

"It's been an effect, no doubt, but a lot of confidence in the depth we've got and the group we have that we can bring others through," Cooper said.

On the topic of head knocks, Cooper addressed the tackle that saw forward Lachlan Boshier receive a yellow card, saying common sense should apply in that situation.

Boshier conceded a penalty try and was shown a yellow card in making contact with Ryan Crotty's head when the Crusaders' midfielder dove low for the try line.

"The law says leave the head alone, but there's got to be a common sense question around it. When you're diving so low, two players going so low, again do you let him score the try and not give the penalty, not give the yellow card away.

"You've got to get lower, and I don't know if they can get any lower," Cooper said when asked what a defender could do in that situation. "I guess that's where the common sense part comes in."