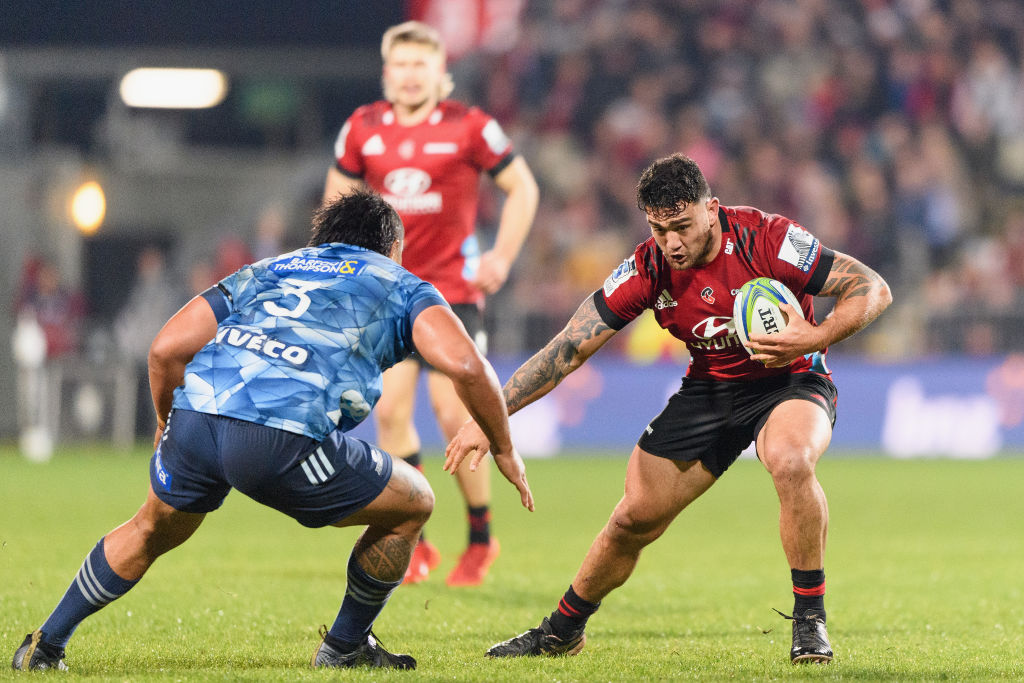 The Crusaders and the Blues met in Christchurch in July. Photo: Getty
The Super Rugby Aotearoa match between the Blues and Crusaders at Eden Park in Auckland has been cancelled after Prime Minister Jacinda Ardern confirmed Auckland will remain at alert Level 3 until August 26.

Tomorrow's Highlanders-Hurricanes match at Dunedin's Forsyth Barr Stadium will go ahead however, with the game to be played under Level 2 restrictions, in front of no crowd and at an earlier time of 3.05pm.

The outbreak of community transmission of Covid-19 in South Auckland plunged the Super City into Level 3 lockdown on Wednesday, while the rest of the country will remain at Level 2 for a further 12 days.

As a result of the Level 3 restrictions, the Blues and Crusaders clash cannot be played. The match will be considered a draw and both teams will be awarded two points.

A cancellation dents the Blues' financial position, after admitting earlier in the week they may have gone into insolvency had crowds had not been allowed at games.

Cancelling the game will also cost the Blues and New Zealand Rugby up to $1 million in lost revenue, as The New Zealand Herald understands the 43,236 tickets sold for Sunday's match generate gate takings between $800,000 and $1 million, with net profit thought to be around the $450,000 to $500,000 range.

Blues fans will also miss the chance to see Dan Carter in a Blues jersey in 2020, after Carter hoped to have made his debut against his former team.

"Ten weeks ago we never thought we'd even have a competition, let alone one with fans," said Blues CEO Andrew Hore.

"But instead we got nine weeks of incredible rugby, with three amazing home games and massive crowds. While this news is disappointing, we need to take a step back and be grateful for what we got, what it meant to our players, our sponsors and, most importantly, to our fans."

The Blues will be in touch with all ticketholders directly in the coming days in regards to refunds.

Saturday's fixture between the Highlanders and Hurricanes in Dunedin will still go ahead at the earlier kickoff time, but will be played under restrictions of no more than 100 people at the venue.

Under NZ Rugby's Level 2 protocols agreed with the Government, teams must fly in and out of cities hosting matches on the same day to limit public interaction. As a result, the Hurricanes and several match officials will take a charter flight to Dunedin tomorrow morning and return to Wellington on Saturday evening.