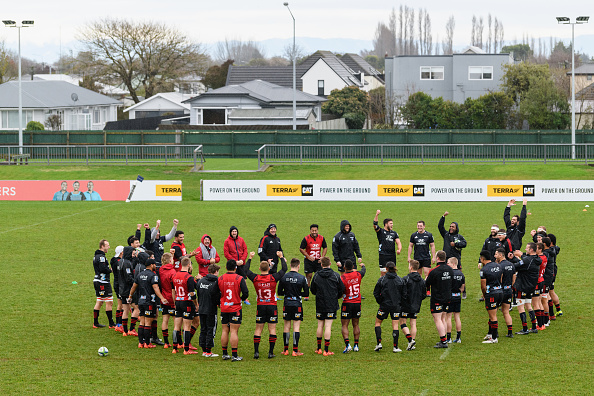 Photo: Getty Images
This weekend's match between the Blues and Crusaders in Auckland may not be played at all.

Super Rugby Aotearoa
The Blues are set to host the Crusaders at Eden Park on Sunday with a sell-out event-capacity 43,236 crowd expected for the final game of the competition. The Highlanders and Hurricanes are set to face off in Dunedin on Saturday.

"Rugby is currently assessing the impact on rugby following the Government announcement that Auckland will tomorrow move to Alert Level 3 and the rest of NZ to Alert Level 2. NZ Rugby is in close & constant dialogue with Government and a further update will be given tomorrow."

The status of the games, and whether fans will be able to attend, will depend on what levels the country is in over the weekend. If Auckland remains in level 3 or goes down to level 2, then it would seem unlikely fans would be able to attend the game.

The Crusaders have already claimed the Super Rugby Aotearoa title with a game to spare so if it came to cancelling the final match, it wouldn't have any impact on deciding the competition winner. 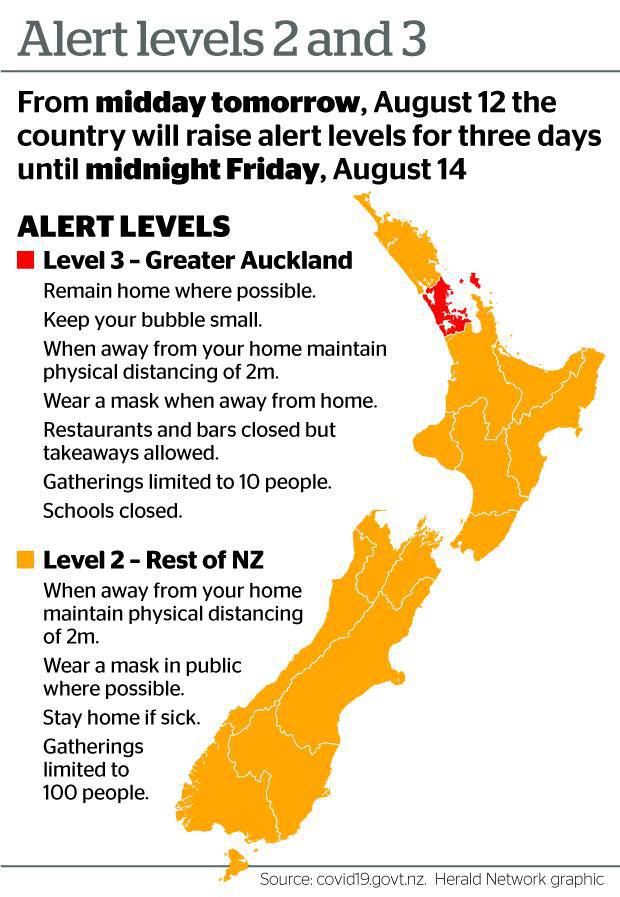 ANZ Premiership
The ANZ Premiership is scheduled to play the final round of the competition from Friday to Monday across the country.

On Sunday, the Southern Steel host the Mainland Tactix in Dunedin while the Central Pulse play the Stars in Wellington. The round robin finishes with the Pulse hosting Magic in Wellington on Monday.

No announcement has been made on the status of those games and whether crowds could attend if matches go ahead. Whether the Auckland teams would be allowed to fly to Wellington for the Sunday and Monday matches would likely decide if those games go ahead or not.

The competition final match-up has already been decided with the Pulse set to face the Tactix on August 23 in Invercargill - meaning the round 10 games are not vital in terms of deciding an ANZ Premiership winner.

Winter Games NZ
The Winter Games was set to host the Big Air event at Cardrona today, the first of the five events to make up the competition.

"Cardrona Alpine Resort will be closed to the public tomorrow as they plan their response to the Level 2 environment," a statement said.

"As hosts of the Obsidian Big Air we are working with them to provide a safe venue for our event bubble and will update you as soon as possible."

Community, secondary school and children's sport
All community sport in Auckland remains on hold under level three. The weekend is a popular time for secondary school, children's sport and the likes of Saturday football, rugby and netball games which are in doubt as we await a decision on whether we will come totally out of level 3 on Friday or a stepdown to another level. At the moment it's too early to say and no official announcements have been made.

For the rest of the country in level 2, gatherings are limited to 100 people but previously community sport didn't return until level 1. No announcements have been made.