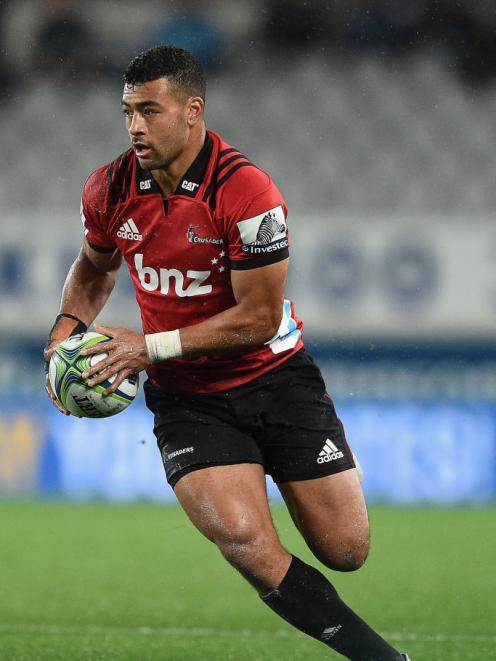 Richie Mo'unga was one of a group of Crusaders from three separate bubbles busted at a park today. Photo: Getty Images
All Blacks first-five Richie Mo'unga was filmed training with Crusaders team mates near their team base in Christchurch this morning, showing blatant disregard for New Zealand's Level Four lockdown rules.

A witness told Newshub it was obvious the group of Crusaders knew each other as they proceeded to pass and kick the ball between them at a park.

"We're all struggling through this lockdown," the witness told Newshub. "And none of us particularly want to be doing it, but we know it's the best thing to do. I was disappointed before I realised who they were."

The Crusaders confirmed to Newshub that Mo'unga was one of the players, from three separate bubbles, who was involved.

Mo'unga took to Instagram earlier today to announce he's expecting a baby daughter later this year, hailing his wife Sophie for being a "trooper" through the first half of the pregnancy.

"They were looked at by everyone in the park getting the side eye," the witness told Newshub.

Crusaders chief executive Colin Mansbridge agreed the players were in the wrong and confirmed he'd reprimanded those involved.

"They shouldn't have been at the same location," Mansbridge told Newshub. "It wasn't planned and they should know better.

"I have spoken to those involved, and will reinforce that again tonight."

Yesterday, Prime Minister Jacinda Ardern expressed her frustration with those who continue to disregard the rules.

"There are still some I would charitably describe as idiots," Ardern said.