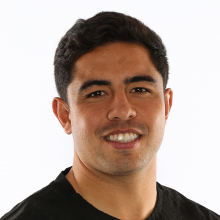 Lawrence says there have been incidents of crowding of referees or hostile behaviour through Super Rugby Aotearoa by aggrieved players.

Chiefs captain Sam Cane, first-five Aaron Cruden and midfielder Anton Lienert-Brown all surrounded referee Brendon Pickerill after the side's loss to the Blues on Sunday as they took issue with a late game-changing penalty.

Lawrence has no issue with Cane's input, given his role, but questions the behaviour of the other players.

"I've got a massive respect for Sam Cane as a captain and so have the referees and he challenges normally very appropriately and very well. So I don't have an issue with Sam Cane," Lawrence said.

"I definitely have an issue when other players who aren't the captain come running in and asking the referee to do things and telling the referee how to referee the game. And demanding the referee do things. And I personally don't like the way some players are challenging the referees in quite a hostile body language and verbally.

"That's something we will review at the end of this competition because I know there's a wide range of rugby people that aren't that thrilled with the way some of that behaviour is going at the moment," Lawrence added.

The Chiefs players were emotionally charged after losing a tense game in front of a big crowd at Eden Park which saw them move to 0-6 for the Super Rugby Aotearoa season. The side were fifth on the Super Rugby table before Covid-19 stopped the competition.

After Sunday's defeat Lienert-Brown could not conceal his frustration.

The All Blacks and Chiefs midfielder was adamant No 8 Pita Gus Sowakula scored under a heap of bodies during a late surge for the line and made his feelings clear about Pickerill opting not to consult his officials to check a possible match-winning try.

"In big moments, we've got the TMO for a reason," Lienert-Brown told Newstalk ZB's Alex Chapman immediately after the final whistle.

"We've been on the wrong side of a lot of calls this whole year and when it counted, when we needed it, why not go upstairs? I was a little bit frustrated. In a massive moment I think we've got to use the TMO.

"We are proud, we dug deep, but we didn't get the win. That's the frustrating thing. We need to be better in crucial moments. We had 10 minutes there when we needed to score a try and we didn't. We'll go away and work on that but I can't fault the effort," he added.

"These are like test matches and you've got to win big moments and we're on the wrong side of them at the moment."