Search goes on to replace Barrett 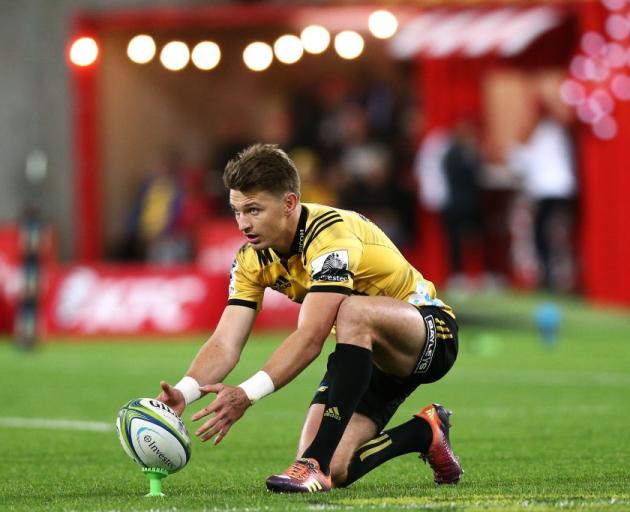 The Hurricanes are in conversations with about 10 players to replace departing first five-eighth Beauden Barrett, most of which are offshore.

Barrett left the Hurricanes at the end of this year's Super Rugby season to join the Blues in Auckland on a four-year deal.

"Nothing to report – nothing is close - but we are very active in terms of conversations with players and agents assessing our options. We'd like to get that locked away sooner rather than later."

The Hurricanes still have young first five-eighths Fletcher Smith and Jackson Garden-Bachop on the roster, who will also challenge for a shot in the No10 jersey in 2020. Both players have shown their ability to run a team, and Lee said both would be capable of making that next step at Super Rugby level if required.

However, with a spot open on the roster, the club has been linked to former All Blacks Aaron Cruden and Lima Sopoaga, as well as Sunwolves sharpshooter Hayden Parker.

Lee said although he had no problems with people speculating who the club was looking at, Cruden, Sopoaga and Parker were not among the players they were talking to.

"There's obviously speculation and when you've got quality first fives wherever they are in the world, there's always going to be suggestions of if that player will go and take over from Beauden Barrett.

"That's the world we live in - we're in the market, so people will talk."

In assessing their options, the Hurricanes are able to pitch a potential spot in the line-up alongside All Blacks including Dane Coles, Ngani Laumape, and the recently re-signed Jordie Barrett.

The youngest of the All Blacks' Barrett trio, Jordie re-signed with the Hurricanes earlier this week on a three-year deal. While he'll remain with the Hurricanes for the time being, Jordie also has a clause in his contract that allows him to join another Super Rugby team should he choose to before his new deal expires.

At just 22, Jordie has plenty of rugby left in his career and has his eyes on becoming a regular in the All Blacks starting lineup.

Lee said because of the goals Jordie still has in the game in New Zealand, the club were not worried that an overseas outfit would pry him away.

"The information we were given was it wasn't an overseas challenge," Lee said.

"Jordie's not a starting All Black yet, and he's got a real desire for that and I'm pretty certain he wasn't interested in anything offshore. I'm sure he would get approaches, but I'm also really confident that he didn't put himself out there. But there was absolutely interest from other clubs in New Zealand and that was where we felt challenged certainly.

"He has signed for three years but he does have the ability to action the clause everyone's talking about. We certainly don't take anything for granted, but I guess the challenge for us is to keep the environment as good as it is now, if not better, because that's why Jordie's chosen to stay now. So, it'll be business as usual for us but in the back of our minds we'll know there is that possibility.

"We've just got to make sure that our coaching and culture and everything else is as good as it can be so that this time next year Jordie's just telling us, 'hey by the way guys I'm not going anywhere'. That should be our goal regardless of whether someone has a clause or not and go from there."