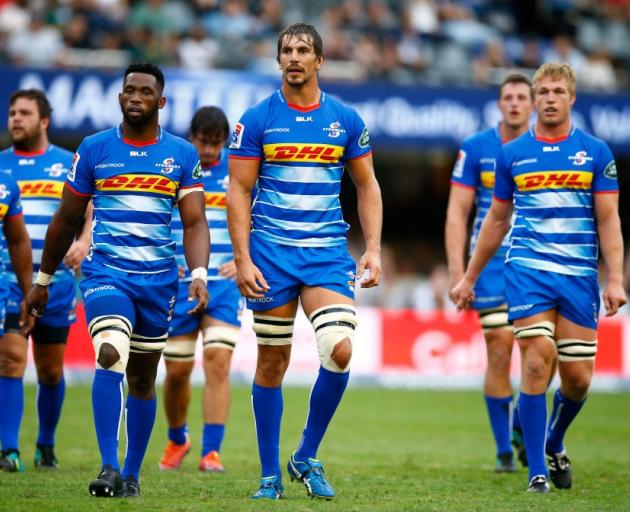 South Africa has unveiled plans to begin a domestic rugby season next month. Photo: Getty Images
South Africa’s domestic season will finally kick into full gear when a seven-team competition starts on October 10, ending a seven-month hiatus due to the COVID-19 pandemic.

South African Rugby confirmed the move on Wednesday, with matches to be played through the festive season and the final on January 23, though games will be played without spectators.

The country’s four Super Rugby sides, Bulls, Lions, Sharks and Stormers will take part, along with PRO14 outfit the Cheetahs, and local provincial teams the Pumas and Griquas.

Teams will play each other home and away, with the top four in the table advancing to the semifinals.

The Super Rugby sides will warm-up for the competition with a double-header on September 26 in Pretoria as the Bulls meet the Sharks, and Lions battle Stormers.

That will be followed by a ‘Green vs Gold’ clash in Cape Town the following weekend, where squads of 25 players will be chosen from the pool of players contracted to SA Rugby by director of rugby Rassie Erasmus and new Springbok coach Jacques Nienaber in a quasi-national trial.

Nienaber is looking to build towards the Rugby Championship scheduled to be played in Australia from November 7-December 12, as well as the British & Irish Lions series at home next year, with the Boks having been inactive since their World Cup win in Japan last Nov.

SA Rugby chief executive says they hope to compete in Australia, but factors such as international travel restrictions will be taken into account.

"We’re still not in a position to confirm plans for the Springboks, but it remains our wish that they play tests this year," Roux said in a statement.