Trophy in memory of a mate 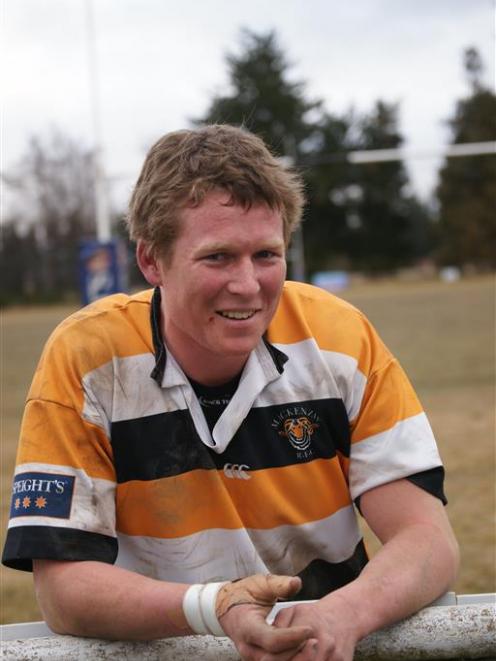 Jarrad Blackler made many friends at the Mackenzie club before coming home to play for Kurow.
Jarrad Blackler's two country rugby clubs will honour the memory of their mate this weekend.

Kurow and Mackenzie are to play a pre-season game in Kurow for the Jarrad Blackler Memorial Trophy in what is hoped will become an annual fixture.

Jarrad (23) died on May 11 last year from injuries received in a crash in the Hakataramea Valley when, along with four other men and one woman, he was thrown out of a Toyota Land Cruiser.

He was a member of the Kurow senior team at the time, having returned to the family's Danseys Pass farm after working as a shepherd at Haldon Station and playing for the Mackenzie club for five years.

The Blackler family instigated the concept of a memorial trophy for their son and brother, and were delighted to get the unequivocal support of both clubs.

‘‘The idea came to us early in the piece, really,'' Jarrad's father, Graeme Blackler, said.

‘‘It's one way of keeping his memory alive. His name will always be on a cup in one of the clubrooms of the clubs he played for.''

He said Jarrad was ‘‘extremely proud'' to have played for the Mackenzie club and was looking forward to a long involvement with the Kurow club, playing a sport he genuinely loved.

The Blackler family will be on hand on Saturday to watch either Kurow or Mackenzie become the first club to lift the trophy.

‘‘Both teams lost someone who was very important to them and the make-up of their club,'' Kurow coach Kevin Malcolm said.

‘‘For us, this game will be about focusing on being a team, playing hard and really enjoying the occasion. That epitomises what Jarrad was about.''