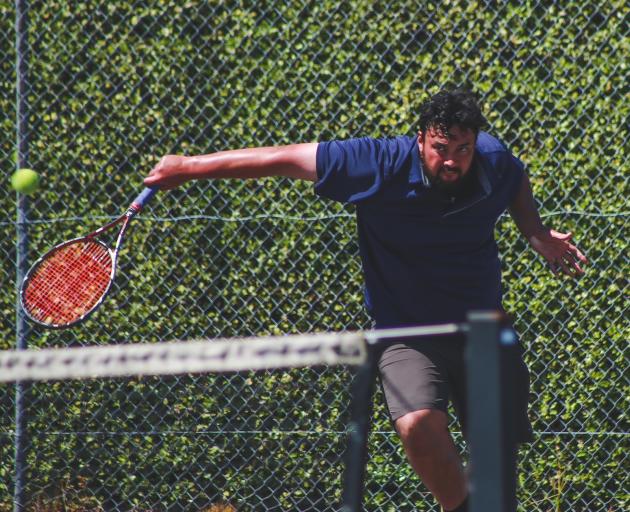 Otago men’s No1 Jaden Grinter returns a shot during his match against Southland counterpart Sky Lovill in Invercargill at the weekend. PHOTO: REBECCA RYAN
Invercargill played host to the first round of ties in the Southern League over the weekend.

The overall winner will be decided only following next February’s second and final leg in Dunedin. Points earned in November and February are combined to determine final placings.

Defending champion Otago is looking to retain the Margaret Rennie Trophy after lifting it from perennial holder Southern Lakes in February.

Otago started its campaign well on Saturday morning with a 10-2 win over North Otago. The Dunedin-based team conceded only one of the singles rubbers.

North Otago female No1 Mackenzie Phillips overcame Otago counterpart Charlie Byers 7-5, 6-3 while No2 Ayesha Horley was taken the distance by Belinda Hirst, getting home 6-3 in the third.

On the men’s side, Otago No3 Paddy Ou showed good form in dispatching Marshall Hore without the loss of a game.

The women’s doubles were tight affairs, Otago winning both in super tiebreaks, including a 16-14 decider that went the way of Annalise Wilson and Angela Fitzgerald.

On Saturday afternoon, Southern Lakes pushed Otago all the way, leaving the tie result in doubt until the final match was completed.

New Zealand Davis Cup captain Al Hunt got one back for the Lakes combination in a 6-2, 6-1 result over Ou. Otago’s Mitch Sizemore played a crucial hand, posting a 6-3, 6-2 scoreline over Perry Crockett.

Suma Ito showed her value for Southern Lakes with a 7-5, 6-1 win over Horley in the women’s No2 spot.

Southern Lakes had its chances to send the tie to a countback on sets, but could not nab the three rubbers it needed to do so.

Otago’s women won both doubles to see their team home 7-5.

Byers combined with Mya Haigh to gain a crucial rubber for Otago, seeing off the experienced pairing of Ito and Felicity Oxnevad.

Last season’s runner-up, Southland, was expected to provide the sternest test for Otago when the sides faced each other yesterday.

Some of the key singles battles went Otago’s way in three sets. At the top of the men’s order, Grinter shaded former US college star and now Te Anau-based coach Sky Lovill in probably the match of the weekend, taking it 7-6 in the deciding set.

Halle Faherty secured a point for Southland, but the tie was already Otago’s as it led 7-1 after the singles. Southland rallied to win three of the doubles, making the final tie score 8-4 to Otago.

The teams will reconvene in Dunedin in February.

Division 2 matches were scuttled by persistent rain in Oamaru on Saturday. 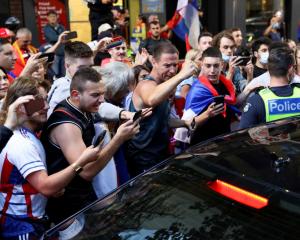 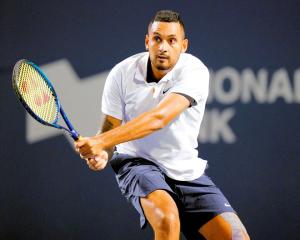