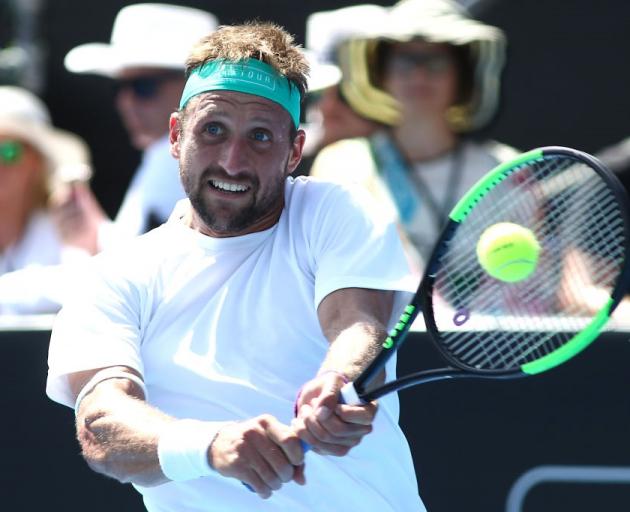 Sandgren, the world number 63, took one hour and 18 minutes on Saturday to see off his opponent, who is ranked 30 places below him, converting his second championship point when Norrie went long with a forehand off his second serve.

The American carved out 12 break point opportunities against Norrie's serve and converted four of them, while also sending down seven aces in the final warm-up before the Australian Open, where he reached the quarter-finals last year.

"I'm a little bit lost for words. It's been a lot of work, a lot of training," Sandgren said.

"A lot of sacrifice goes into even making a final," he added. "To get a win, I'm kind of speechless.

"I'm just grateful, just grateful to be out here to play and compete. Just to be healthy and out here playing is good. Just excited and happy to be playing well." 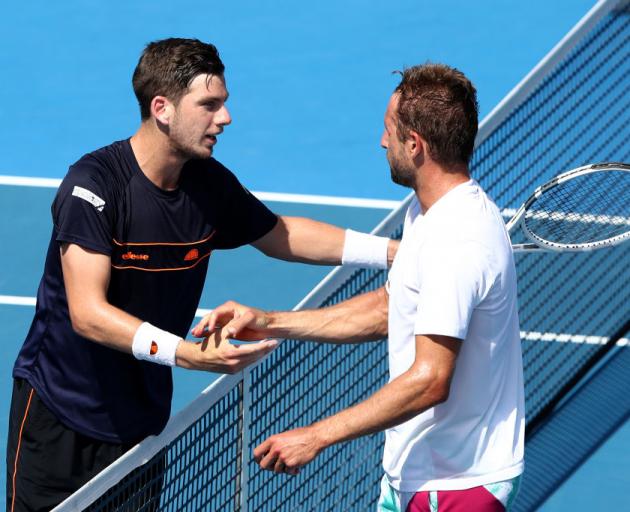 Cameron Norrie congratulates Tennys Sandgren on the win. Photo: Getty Images
Norrie, a former New Zealander, who now represents Great Britain, was undone by inconsistency, making 29 unforced errors to Sandgren's 17 and winning just 59% of his first serves as his challenge fizzled out in the face of Sandgren's all-court game.

"I just want to say a big congrats to Tennys, I know myself and my team have a lot of respect for you and you've had a lot of setbacks in your career with injury so congrats for today, you were too good," Norrie said.