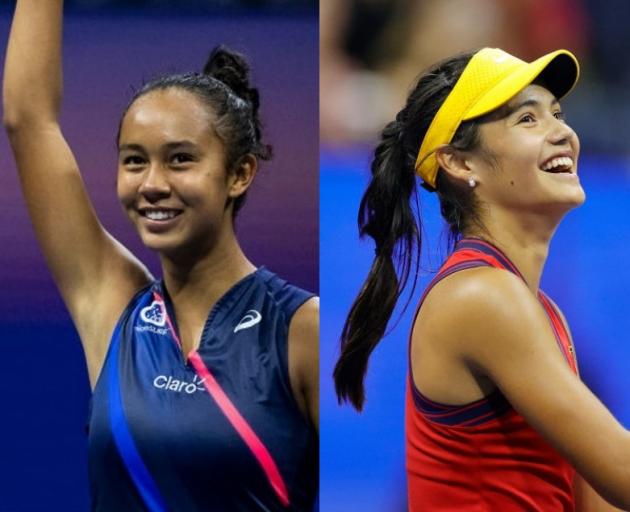 Rankings-wise, the second seeded Belarusian Sabalenka represented the toughest challenge yet for the 19-year-old lefhander Fernandez, but with a string of seeded victims behind her Fernandez had already shown she could not be intimidated.

The Canadian has stated she could beat anyone and backed up the bravado with victories over four-time Grand Slam winner and defending champion Naomi Osaka in the third round, three-time Grand Slam champion Angelique Kerber in the fourth and fifth seed Elina Svitolina in the quarter-finals.

One of the game's big servers Sabalenka threw everything she had at Fernandez, including 10 aces, but had no better luck against the youngster, who played with veteran poise throughout the three-set thriller.

"Impossible is nothing," said Fernandez. "Like my dad would tell me all the time, there's no limit to my potential, to what I can do.

Ranked number 73 in the world at the start of the US Open, getting to the Grand Slam final would have been considered Mission Impossible by many, but on Saturday Fernandez will take on British qualifier 18-year-old Emma Raducanu, who has also beaten huge odds to set up an all-teenage final.

With British tennis royalty Tim Henman and Virginia Wade looking on from the stands, Raducanu fended off seven break points across her first two service games and capitalized on a trio of double faults from Sakkari on the way to a 5-0 lead in the first set.

Down a break in the second set, Sakkari then fought off five break points in a near 10-minute seventh game but the 18-year-old Raducanu would not be denied the victory and went on to seal the match and set up a final against 19-year-old Canadian Leylah Fernandez.

"Honestly, the time here in New York has gone so fast," she said. "I've just been taking care of each day, and before you know three weeks later, I'm in the final and I can't actually believe it."

Raducanu has not dropped a set in New York and completely outmatched 17th seed Sakkari, who reached the semi-final at Roland Garros this year.

The Greek had 33 unforced errors in the one hour and 24-minute match and struggled mightily with her first serve.

Raducanu, who electrified British tennis with her run to the fourth round of Wimbledon, has been embraced by the rowdy crowds in New York and beamed up at the stands inside Arthur Ashe Stadium after closing out the match with a forehand winner.

"Since I've been in New York for my first round qualies [sic] match I've had unbelievable support in New York and you guys have made me feel right at home," she said.

"I was just so excited to come out here and play in front of you guys."

Raducanu now has the chance to become the first British woman to win a Grand Slam since Wade won Wimbledon in 1977.

By reaching the final, Raducanu became the first qualifier, male or female, to reach a Grand Slam singles final.

It will mark the eighth time a Grand Slam final in the Open era will be contested by two teenagers, and the first since the 1999 U.S. Open between Serena Williams and Martina Hingis.

When asked how she pulled off another upset, Fernandez said: "I have no idea.

"I just wanted to be in the finals, I really wanted it."

Sabalenka, bidding for her first Grand Slam final, came out all guns blazing, blasting away from baseline and racing to 3-0 lead in just eight minutes.

But just as it looked as if Fernandez might be blown off the court she steadied herself and reproduced the kind of fearless shot-making that has made her the darling of Flushing Meadows.

The Canadian broke back at 4-3 and went on to dominate the tiebreak 7-3.

A fired up Sabalenka broke Fernandez to open the second set but the Canadian broke back to level at 2-2, driving a clenched fist into the air that has become her trademark salute.

The Belarusian earned a decisive break to nose in front 5-4 and confidently held serve to send the match to a decider.

But in a tense third set it was Sabalenka who cracked.

Serving at 5-4 to stay in match she double faulted twice then sent a return long to gift victory to Fernandez, who dropped to the court and covered her face as the crowd roared.

"This is what we call pressure," summed up Sabalenka. "I had a lot of opportunities and I didn't use it.

"Well, this is life. If you're not using your opportunities, someone else will use it.

"This is what happened today." 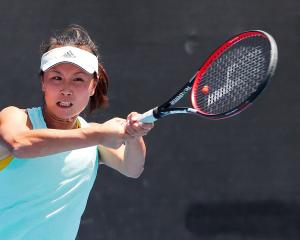 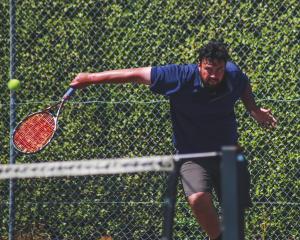 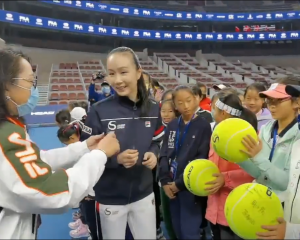