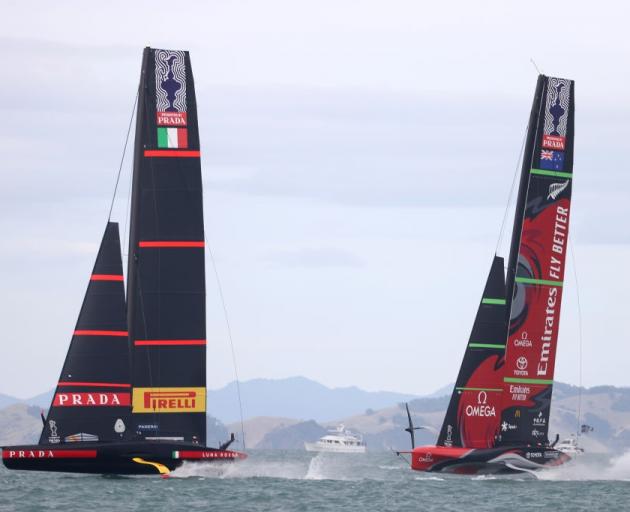 Each team claimed a win on Wednesday, capitalising on a mistake by their opponent before the start of each race and then holding the lead to the finish.

Lighter, patchier winds could mean more engagement for the boats at a more sheltered course in the Rangitoto Channel off Auckland.

"But once the breeze is more shifty or patchier we will see more passes."

Both teams spent the rest day on Thursday reviewing data from the opening races, which promised the battle for the 'Auld Mug' could go down to the wire.

Team NZ looked to have the edge on speed after day one but nowhere near as much as had been rumoured.

"There was a lot of talk about Team New Zealand being 5-8-10 knots faster, and that was clearly not the case. We are glad we can just race and try to win this," said Bruni.

Team NZ skipper Peter Burling conceded his team had not been at their best in their first races after some three months, but he was buoyed by their pace after they stormed home in the final leg of the second race to fall just seven seconds short of the challengers.

"There's so many small details on these boats which you need to get right, to get around the track in good shape," Burling told Stuff.

"None of us really knew how quick we were going to go, and now we only really know in one condition, how quick each of these boats are."

Light winds are forecast for today. 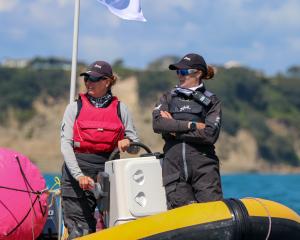